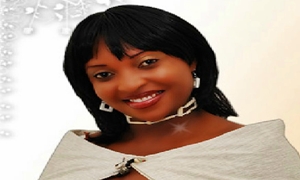 Masha Mapenzi is a gospel  musician born in Kenya with a message of hope, peace and the Love of God. Most of us remember her from her songs such as: Uhiko , Kala urere and Nainua macho yangu from her album Uhiko. (c) Faith Food

She was born in Malindi, a place known as Watamu, to Giriama parents. However, she grew up in Nairobi’s Buruburu Estate. She also has  a diploma in finance and  a bachelors degree in ICT from JKUAT where she  graduated in 2006.

She was brought up in a Christian family as her father was a church elder at ACK St. James in Buruburu and as a result she was  rooted in the word of God from the beginning and would be involved in many church activities. She  got saved when she was in Form I at Parklands Arya School.

She Started her professional singing career  during  the first  Kenyan Chapter  of M-Net  Pop Idols in 2003 where she emerged the winner after performing  her  own  original re-edition  of a well known church hymn ‘when peace like a river’.

She released her first album Named UHIKO  and she  attributes  its success and especially that of the title song Uhiko to God. The song Uhiko scooped four nominations and won two Coast Music Awards – Diaspora Artist of the Year 2010, Gospel song of the year 2010

Uhiko means “where are you?” in Giriama where she says : Jesus is asking this so that He can save you. The song seeks to encourage all to turn to God because He is the only one who can save and deliver His people.  She puts it further as ; One truth about God is that when we lift Him up, he draws many people to Himself.

Here is the video of Uhiko

Mapenzi performs in styles such as chakacha, taarab, bango and afrobeat. Listen to her latest release which she did a while back with Rufftone. 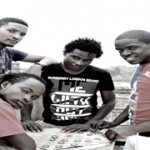