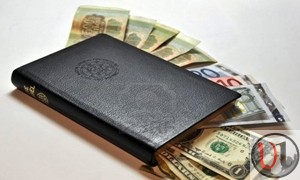 For GOD So Loved the World that he gave his begotten Son that whosoever believes in Him will not perish but have eternal Life. John 316 was the basis of the preaching of an evangelist.

He goes by the name Dag Heward-Mills and he warned against preaching that only focus on material things of the world rather than things of the spirit. According to Christian Post :

Dag Heward-Mills, who is based in Ghana but has planted nearly 1,300 churches globally including 63 in 24 states in the U.S., issued the advice at the “Global Welcome Gathering” of attendees at the Christian Booksellers Association’s (CBA) International Christian Retail Show, which began at the America’s Center in St. Louis, Mo., on Sunday. It continues until Wednesday June, 26.


“Jesus Christ did not come into this world to make us rich or to make us have safety and security, more houses, more money,” said Heward-Mills to the gathering.

Unfortunately, he explains, riches had “become the theme of the church today. Not only in America but all over the world.”

“You go to church and you wonder whether you are in a bank or you are in some kind of motivational school,” he noted.

Before making that statement, however, Heward-Mills teased his audience with the distracted concept of the Church that has become so familiar.

“God so loved the world that he gave his only begotten son that whoever believes in him should have a big car and dream houses,” he began as the audience erupted in laughter.

He then declare: “That is not what the Bible says. No. God so loved the world and gave his only son that whoever believes in him should not perish and have everlasting life. The purpose of the church is John 3:16.”

The charismatic preacher then urged Christians to remain focused and ensure that the message of preaching the Gospel remains and is maintained as the central message of the Christian Church.