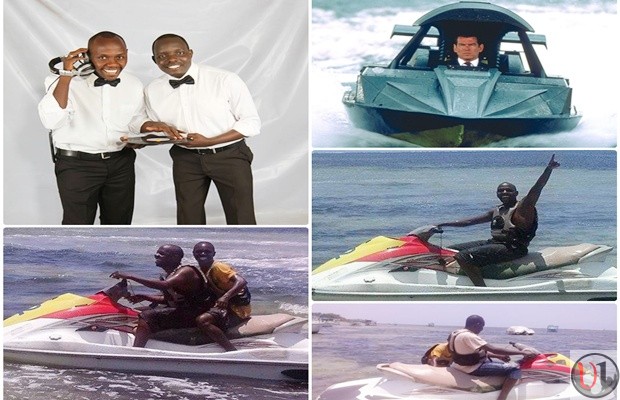 Having watched the James Bond series of films and novels one would rarely overlook the fact that  Q Branch has given Bond a wide variety of vehicles with which to battle his enemies. Among the most noteworthy gadgets, Bond has been equipped with is the Speed Boat in which Tukuza Hosts DJ Krowbar and Anthony Ndiema had the opportunity to ride on Saturday afternoon in Mombasa. DJ Krowbar and Anthony Ndiema who will be hosting their Sunday Tukuza Show at the White Sands Sarova hotel took some time off by trying to test their level of skill on riding a speed boat. They did really try to pull some “stunts” probably comparable to the “James Bond” in them.