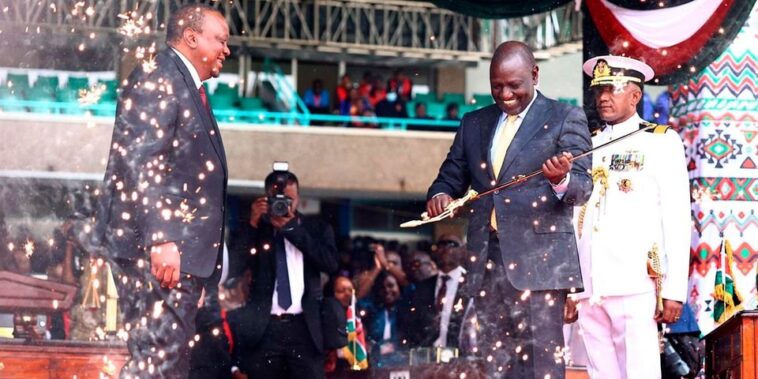 At exactly 12.44pm, William Ruto put his hands on the Bible as he uttered the first words of oath of office, kicking in motion an eight-minute transition from President-elect to the fifth President of Kenya.

Exactly an hour after making his way to the 60,000-strong stadium amid ecstatic welcome, the 55-year-old was now President Ruto, shedding the long prefix of president-elect that had tagged along with his name since the evening of August 15.

Under the watchful eyes of Chief Justice Martha Koome and Chief Registrar of the Judiciary Anne Amadi, the long political journey that began three decades ago reached its pinnacle, having begun when he joined Independence party Kanu ahead of the 1992 election campaigns.

As always, his sentiments have both attracted him praise and criticism, but Ruto has proven to be steadfast. Falling out of grace with his boss, President Uhuru Kenyatta, can be argued to be one of the lowest moments in his career.

However, he turned around, hatching strategies that touched the nerve of the President and never minced his words when trolling his main rival, Azimio La Umoja’s Raila Odinga.

From alleging that the deep state and the system was against him, to harshly criticizing the media for being biased, campaigning in Uhuru’s village and making inroads in Mt Kenya, here’s how Ruto outwitted Uhuru and Raila to win the Presidency in his first stab.

After the March 2018 handshake between Uhuru and Raila Odinga, Ruto claimed that he was kicked out of the government.

Ruto thus resorted to criticising his own government and traversed the country to ready his 2022 bid.

(This young man called Ruto, you know he likes roaming everywhere every weekend. He will be passing through these routes. If he sees anything that’s not going well, tell him. We have to make sure citizen duties are fulfilled),” Uhuru criticised him.

Ruto, however, stood by his stance, arguing that he attempted to reach out to Uhuru to solve their differences to no effect. Nonetheless, Uhuru birthed a political movement Tanga Tanga which Ruto used to hatch his bottom-up approach, arguing that he would create a government of the people.

Mt Kenya was projected to be the deciding factor in the 2022 General Election, years before the polls.

Analysts pointed out that Central Kenya, home to five counties, has a total of 3.1 million voters, the same as the Nyanza region which has six counties including Kisii and Nyamira.

They also noted that it would be the first election in Kenya where Mt Kenya would not front a presidential candidate.

Ruto toured Mt Kenya several times, irking President Uhuru Kenyatta and his allies. He also convinced the politicians to turn against their kingpin, Uhuru and promised them a bigger share of his government.

The DP also picked Uhuru’s former personal assistant, Rigathi Gachagua as his running mate. Above all, he convinced the region to reject Uhuru’s brainchild, the Building Bridges Initiative (BBI).

“My biggest regret would have to be BBI. It is sad that by the time I retire, the one man one shilling will not have been realised,” Uhuru lamented, citing the BBI failure as his biggest regret. 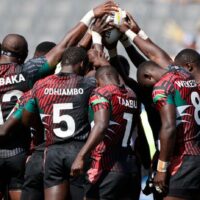 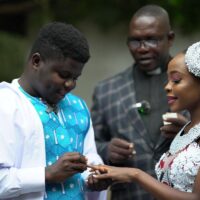