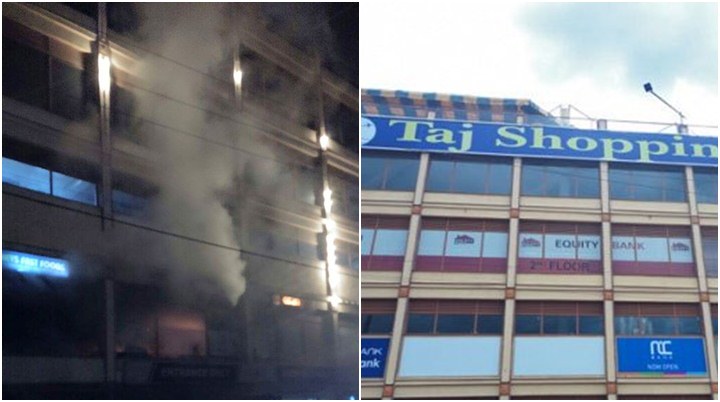 Reports coming in state that Taj Shopping Mall located in Embakasi is on fire after a fire outbreak from a local restaurant inside the mall. Taj Shopping Mall cause of fire was ignited by an electric burner but no injuries were reported after the fire was contained by the G4S in Nairobi. Taj shopping mall is located in a prime commercial area in the suburb of Eastland’s Embakasi at the roundabout of Outering rd North airport & south airport road, towards JOMO KENYATTA INTERNATIONAL AIRPORT , and approximately 10km from the Nairobi CBD and 2km from the airport.

Embakasi hosts the headquarters of many Industrial & commercial companies and has a large residential population, where in the recent years numerous large high-rise condominiums have sprung up throughout the area, catering to the growing numbers of people looking for a downtown lifestyle among other intrinsic aspects of its compelling nature.