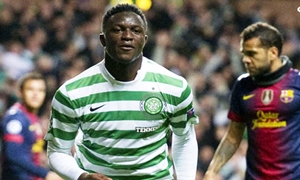 Celtic midfielder Victor Wanyama has been named as the Clydesdale Bank Young Player of the Season. 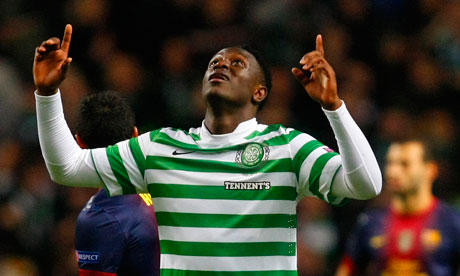 Wanyama, in his second year with the Scottish champions, failed to win a monthly award in the league this campaign but has been recognized for his consistent performances across the campaign.

Wanyama joins Motherwell boss Stuart McCall and Hibernian’s Leigh Griffiths in winning the annual awards, with the latter pair having been named as Manager and Player of the Season respectively.

Also nominated for the PFA Scotland Young Player of the Year award, the 21-year-old lost out to Griffiths in the union’s prize. Wanyama has made 49 appearances for Celtic this season, scoring in his side’s historic 2-1 home win over Barcelona in the UEFA Champions League group stage. (Stvsports)