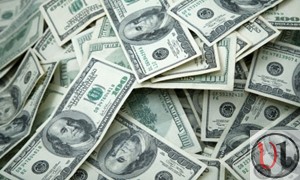 A young billionaire couple from Houston, Texas, has decided to give away their estimated $4 billion dollar fortune instead of leaving it for their children, and you might be surprised to know why.

Wunderkind John Arnold is not yet 40 years old, but last October he closed his hedge fund, Centaurus Energy, and retired after amassing an estimated wealth of $4 billion in the last 10 years.

Now, Arnold who began his career at Enron, and his wife Laura have dedicated the rest of their lives to giving away that wealth to support innovative ideas that can solve society’s myriad problems because they don’t plan on leaving it for their three children.

“Because of our backgrounds and because of our own experiences, we just don’t believe in dynastic wealth,” said Laura Arnold in an interview posted on givesmart.org.

“We don’t believe that our children should inherit vast amounts of money. We think that many people have been quite successful at creating dynasties that have been effective and where people are productive and terrific members of society but we just don’t want to run that risk. We want to give our children the opportunity and the ambition to create wealth themselves,” she said.