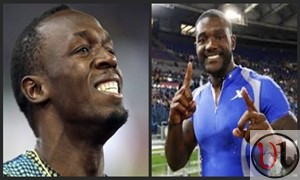 Is it true!! Usain Bolt beaten by Justin Gatlin!!!

Olympic champion Usain Bolt was unable to claim victory in his first Diamond League race of the season as Justin Gatlin continued his impressive form by edging out the Jamaican to win the 100 metres in Rome.

Gatlin claimed 100m successes in the opening Diamond League round in Doha and again last time out in Eugene and the 2012 Olympic bronze medalist added another triumph last night after pipping Bolt on the line at the Olympic Stadium.

check out the exclusive video below.