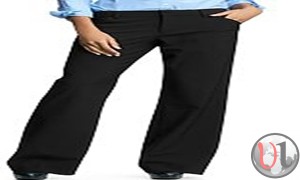 This is a topic worth discussing and the biggest question that most people would love to know is whether it is wrong for a woman to wear trousers or not ? whenever you walk in most parts of the country particularly Nairobi and Mombasa it is at times hard to identify whether someone is either a man or a woman according to their dressing.

When looking at “doubtful things,” we need to use Scripture in context for the principles that will help us walk as believers, which means considering the dispensation and the whole counsel of God and not taking passages out of context.

The Question Is Wearing A Trouser As A Woman Amount To Cross Dressing? And To What Extent Does It Not Lead Another To Temptation?

There is a passage in the Old Testament that speaks about a woman wearing men’s clothing: “A woman must not wear men’s clothing, nor a man wear women’s clothing, for the LORD your God detests anyone who does this” (Deuteronomy 22:5). The context of this passage is the second giving of the law to the nation of Israel as they were poised to enter the Promised Land.

Deuteronomy 22:5 is an admonition not to live as a transvestite. This has to do with more than just clothing; it also speaks of a life that emulates in every way those of the opposite sex. Transvestitism was a practice of the Canaanites, and Israel was to consider it an abomination. We take a principle from this and apply it to our lives as believers, but we must use it in the context in which it is given and do so in relation to the dispensation of grace.

The Apostle Paul wrote extensively on the difference between the law and grace in Romans. We are not justified by our adherence to the law, but we are justified by faith in Christ (Romans 3:21-28). The believer in Christ Jesus is “dead” to the constraints of the law. “But now, by dying to what once bound us, we have been released from the law so that we serve in the new way of the Spirit, and not in the old way of the written code” (Romans 7:6). Therefore, a believer does not live by legalism, nor by license, but rather by grace.