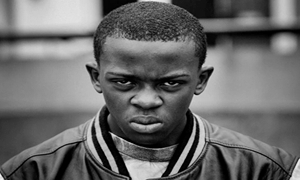 It always happens that you end up having confrontations and disagreements with your friends or close relatives. It comes to a point where you are just so angry and you do not know what to do or maybe if you have something to do, it is aimed at hurting them.

The truth is trying to hurt them wont help you rather it will make things worse.

Lets see some 7 steps of how to dill with such anger.

This may not feel like a valid reason but it helps a lot when you pray about it to GOD. People often to bad things then later come to GOD in prayer for forgiveness. Why not take this step first as it will save you the stress later.

2 Make a conscious choice to sit with the feeling.

Oftentimes when I’m angry I feel the need to act on it, but later I generally wish I’d waited. Decide that you’re not going to do anything until the feeling has less of a grip on you.

3 Check in with your mood before the incident.

Were you having a bad day already? Were you already feeling annoyed or irritated? It could be that someone’s actions were the straw that broke the camel’s back, but not fully responsible for creating these feelings.

4   Ask yourself: Why is this bothering you so much?

Is it really what someone else did, or are you feeling angry because of what you’re interpreting their actions to mean? (For example, you may think that your boyfriend not showing up means that he doesn’t respect you, when he may have a valid explanation).

So instead of saying, “You didn’t show up so you obviously don’t care about me,” say, “When you forget about the things that are important to me, I feel hurt.” In this way, you’re not assuming the other person meant to make you feel bad—you’re just explaining how it makes you feel so they can understand how their actions impact you.

6 Resist the urge to unload all your unspoken grievances.

7 Stay open to the other person’s perspective.

It’s possible that they feel angry, too, and think that you’re the one in the wrong. It’s also possible that there isn’t a right or wrong, but rather two people who see things differently and need to see each other’s point of view.

8 Focus on creating a solution.

If your goal is to get the other person to admit that they’re wrong, you’ll probably end up in a power struggle. Focus instead on what you’d like to change in the future—for example, you’d appreciate it if she would come straight to you next time instead of complaining about you behind your back.

9 . Learn from Your Anger

This situation taught you something useful about what you value in the people you choose to be friends with—maybe directness, humility, or loyalty. This will help you decide which people you might want to spend more or less time with going forward.

10 .Learn what you’ll do differently in the future.

You probably realized somewhere along this journey that you played some role in the situation. Very rarely is it black and white. Once you own your part, now you can use that knowledge to create more peaceful relationships going forward.