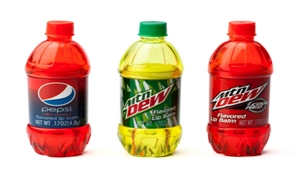 This is one interesting topic that we did research on and what we found out made us go like.. okaaay!!.

We did some digging and we found such an interesting topic of why people drink Soda and also to add to that we also found out some reasons why soda might be harmful to your health.

This are the opinions of medical experts.

Reasons Why You Drink Soda

The taste could be one thing that gets us addicted to drinking soda, it is delicious. In fact, it is so good, that many people drink it with every meal.

The most addictive thing about soda is the convenience. If you want something quick or are in a hurry, it is so easy to grab and convenient to drink.

Often people drink soda to quench the thirst. However, this is probably the worst time to drink soda, because when you are very thirsty or dehydrated you have low levels of saliva. And saliva helps to neutralize acids (soda is the most acidic beverage you can buy) and wash your teeth clean.

Soft drinks are heavily consumed in part because companies promote them vigorously – Billions of dollars are spent on advertising sodas – and market them everywhere – in stores, restaurants, gas stations, museums, and even schools.

Reasons Why You Might Not Want To Drink Soda Again.

This was the most interesting part after doing their research this is what they came up with.

Many soft drinks contain caffeine and caffeine is mildly addictive. This fact is part of the reason soda is such a hard habit to break. If you’re addicted to the caffeine in soda, you’re really having two habits – the soda habit and the caffeine habit.

Soda eats up and dissolves the tooth enamel8. Researches9 say that soft drinks are responsible for doubling or tripling the incidence of tooth decay.

The acidity can dissolve the mineral content of the enamel, making the teeth weaker, more sensitive, and more susceptible to decay. Soda’s acidity makes it even worse for teeth than the solid sugar found in candy.

There is evidence that consumption of too many soft drinks puts you under increased risk for liver cirrhosis similar to what chronic alcoholics have19.

Soda, no matter who makes it, is the most acidic beverage you can buy, with a pH of about 2.51, about the same as vinegar, but the sugar content disguises the acidity. To put that into perspective, consider that battery acid has a pH of 1 and pure water has a pH level of 7.

Another problem with sodas is that they act as dehydrating diuretics. Both caffeine and sugar cause dehydration.

Caffeine is a diuretic and causes an increase in urine volume. High concentration of sugar is drawing off water because your kidneys try to expel the excess sugar out of the blood. When you drink a caffeinated soda to quench your thirst, you will actually become thirstier.

If you think diet soda is better think again. The poison in diet soda is an artificial sweetener aspartame. Aspartame is made up of three chemicals: aspartic acid, phenylalanine, and methanol. It is used because it’s about 200 times sweeter than table sugar.

Likely To Cause Heartburn

Soft drink consumption is a strong predictor of heartburn

Experts have reasons to believe that overconsumption of fructose, particularly in the form of soft drinks, leads to an increase in blood pressure22.

Weakened Bones And Risk Of Osteoporosis

Many people either forget or don’t realize how many extra calories they consume in what they drink. Drinking a single 330 ml can a day of sugary drinks translates to more than 1lb of weight gain every month.

This is a consequence of weight loss and obesity. Anything that promotes weight gain increases the risk of diabetes. Drinking soda not only contributes to making people fat, but it also stresses the body’s ability to process sugar5.

Some scientists now suspect that the sweet stuff may help explain why the number of Americans with type 2 diabetes has tripled from 6.6 million in 1980 to 20.8 million today.

According to a 2008 University of Minnesota study of almost 10,000 adults, even just one diet soda a day is linked to a 34% higher risk of metabolic syndrome, the group of symptoms including belly fat and high cholesterol that puts you at risk for heart disease. Whether that link is attributed to an ingredient in diet soda or the drinkers’ eating habits is unclear. But is that one can really worth it?