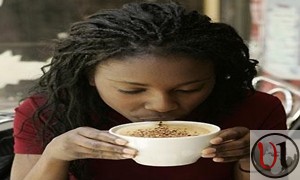 Many at times you’ll  find people tweeting or texting each other that they are either at Java or art cafe taking coffee . Well its a good thing to enjoy taking coffee because it makes you fill at ease but on the hand did you know that the more you take this substance the more you become addicted to it?

Here are  six reasons why you might not want to take coffee:

1. It can make you hear things.

According to a study , coffee is “the most commonly used psychoactive drug,” and drinking more than 5 cups a day can have you hearing things.Researchers gave 92 subjects large amounts of coffee and then had them listen to white noise.

2. It can damage your liver.

while moderate amounts of coffee can help the liver to detoxify the body, too much can have to opposite effect and hinder your liver’s function. This is especially true if you’re taking high doses of common over-the-counter pain medication.


3.It can raise your blood pressure.

That’s according to a Carnegie Mellon study which also says that coffee can stimulate the heart and cause shallow breathing. Caffeine keeps us up because it triggers the fight-or-flight mechanism in our bodies. But after heavy doses of caffeine and after many hours of it being in our system, the fight-or-flight instinct gets reduced to panic attacks. Your hands become shaky, your skin sweaty, and you always expect bad things to happen to you.

4.It can cause insomnia.

This varies from person to person, depending on how well your body can process caffeine. Coffee  has a 6 hour half life so it takes 24 hours to work its way through your system (on average).

That means coffee right before bed (like when you’ve been pulling an all-nighter) is no way to get good quality sleep. Studies show that it reduces valuable REM sleep time.

Once we get into the habit of getting our caffeine fix, our body begins to crave the boost that we get from it. If we fail to get the dose of caffeine that our body has adapted to, we become irritable, tired, and even depressed
.

6.Withdrawal can also make you depressed.

It Causes emotional fatigue or leads to drowsiness. Caffeine wakes up the body, but what it fails to do is to tell the body when to stop moving and simply rest. The body needs rest and when the body does not get it, it can lead not just to physical tiredness but also emotional fatigue

According to 1 Corinthians 6:12,we should not be addicted to anything. We should not allow ourselves to become mastered/controlled/enslaved by anything. This surely includes caffeine. When consumed in moderation, caffeine is not a sin. When one is addicted to and dependent on caffeine, that is when it becomes a spiritual issue, and a sin that needs to be overcome.