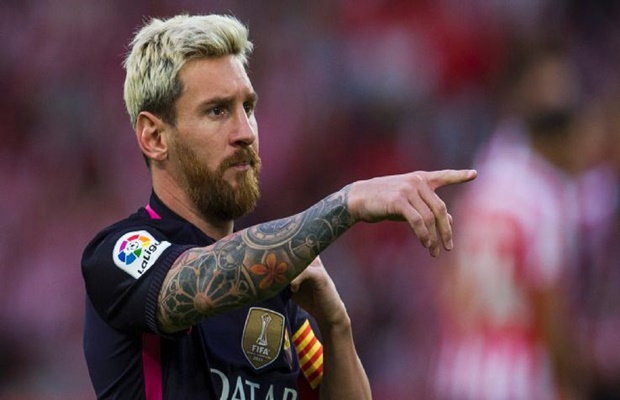 Lionel Messi could miss Argentina’s World Cup qualifiers against Uruguay and Venezuela after Barcelona confirmed he has suffered a hamstring problem.

Medical tests on Monday uncovered an issue with Messi’s left hamstring, but he will travel to Argentina to link up with his team-mates and undergo further assessments.

Messi, who featured for Barcelona in their 1-0 LaLiga win at Athletic Bilbao on Sunday, quit international football after Argentina lost the Copa America final to Chile on penalties for the second time in two years, only to later reverse his decision. He had been expected to play against Uruguay on Saturday, with a game against Venezuela to follow on September 6.

“His presence in those matches will depend on how the injury develops,” a Barcelona statement read.

Coach Edgardo Bauza is already without Messi’s fellow forwards Sergio Aguero and Javier Pastore for his first game in charge due to injury.

Argentina are third in South American qualifying for the 2018 World Cup, with Friday’s opponents Uruguay topping the CONMEBOL standings after six fixtures.