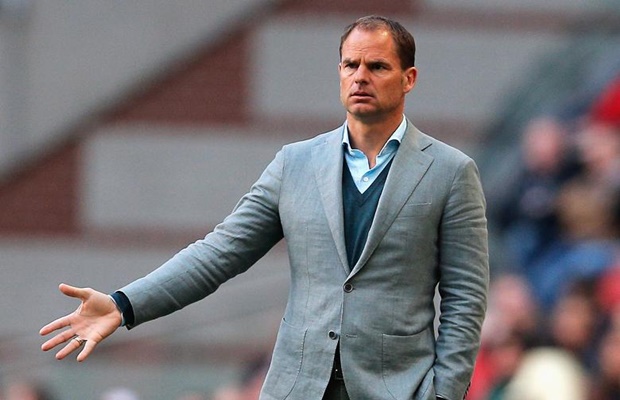 Former Inter president Massimo Moratti believes new coach Frank de Boer is attempting to “build something” at the club, despite a slow start to the campaign.

Now Inter’s honorary chairman, Moratti relinquished full ownership of the club in 2013 after overseeing a successful period for the Italian giants, who claimed five Serie A titles, four Coppa Italia and Supercoppa Italiana triumphs, as well as winning the Champions League, Club World Cup and UEFA Cup during his 18 years at the helm.

Roberto Mancini’s second spell in charge came to an end in the close season and Moratti has urged the board to fully support De Boer, who won the Eredivisie four times in succession as a coach with Ajax. “De Boer is trying to build something. I think he needs time and it is too soon to comment on that,” Moratti told Italian publication ANSA after Inter’s 1-1 draw with Palermo, which followed a 2-0 opening-day defeat to Chievo.

“I imagine that he has his own objectives and his own strategy. Perhaps he is doing tests to see what is the best tactical solution.

“To replace Mancini has complicated things, of course, but once you do you have to help the new coach.”

The next match for Inter, who spent big to sign Joao Mario from Sporting CP, is away to Pescara on September 11, following the international break.