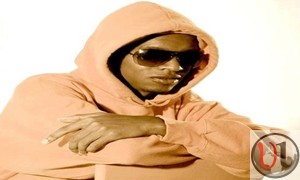 Gospel Hip-hop artiste Richard “Astar” Njau, the light which leads to the light like a star, has come from far and is one of the artistes who has inspired many uprising gospel artistes in Kenya.

Many don’t know how GOD guided him in his paths as a mentor,an artiste an emcee and a tv show host. This brother in Christ just amazes us by his passion to strive forward and never letting GO.

Read his journey to destiny:

For those of you just checking in, feel free to read Part I of the story. But to summarize the long essay, Part I is basically the laying of the foundation. It’s the servicing of the bus, making sure the tires have the right amount of pressure, that the spare is safely tucked in the back in case of any punctures.

That the bus radiator is working properly, checking the oil and finally fueling up the bus with a nice full tank before finally kicking off the journey. Part I was the introduction of the journey through the emergence of Astar.

A lot of people think Astar “The Rapper” was God’s end plan. That “The Rapper” was the destination… heck even I thought that was all there was to the plan… but as I soon found out the emergence of Astar “The Light That Leads To The Light Like The Star That Led The Wise Men Straight To Christ” was only the beginning of this journey to my destiny… fasten your belt… we’re off…

In 2008 Kanjii asked me a question that changed the course of this journey. It took me off the nice smooth highway onto the potholed bumpy road. He asked me if God was to give the option of either being Michael Jackson or Tedd Turner [CNN Founder] whom would I pick? no brainier… MJ of course!! All those people at my concerts!! The worldwide fame… imagine what I can do with it and the impact I can have for Christ.

Then I went and did my research on Tedd Turner and this quote from him changed the course of my destiny. This is what he said the day CNN went on air in 1980 for the very first time, “We won’t be signing off until the world ends. We’ll be on, and we will cover the end of the world, live, and that will be our last event… we’ll play ‘Nearer, My God, To Thee” before we sign off.” Yaaaaaniii!!! There’s impact then there’s IMPACT!! Whattttt!! MJ don’t get it twisted had and still has impact… but CNN!! Whattttttttttt!! What a vision. And from that day I decided that the Astar vision needed more than just Astar to accomplish it. Making Astar the biggest musician in the world would not accomplish what I wanted to accomplish, and I needed a vision big enough that it required me to need people to accomplish it.

Now at the time Kijiji Records had just received a nice big fat grant from Mariners Church to impact youth culture in Kenya. The plan at the time was to use that grant to do an Astar/Brian King collabo album and use pop culture to infiltrate Jesus onto the airwaves. Yaani that there was gonna be sick!! Astar (yes I am referring to myself in third person… hehehe) at the time was on the rise as an African musician… on a quest to become the biggest musician in the world… ahhh hooo!! I had just being nominated for the KORA Awards, and was off to Benin.

While in Benin 2 crazy things happened. Firstly, i wrote the song “Answer My Call” feat, Brian King (check my notes coz that there is another story on it’s own)… but more importantly I had the pleasure of meeting the King of Benin. I asked him what he was doing to prevent negative western music from affecting the youth in his country.

We chatted a bit and that question landed me dinner at the president’s house… where my “mshamba” self didn’t have anything of substance to intellectually engage with the president. That day when I got back to my hotel room I lay in bed and realized that indeed your gift will bring you before Kings… mine had brought me before a King and a president in “one day” (to be said with a Kao accent “huu-one-ndae” like the soldier during the PEV period… ok I’m digressing back to the story).

Anyway that day as I lay in bed, I decided that if my gift would ever bring me before another “King” (CEO, minster, president, producer, presenter, etc) that I would not only talk about the amazing love of Christ, but also about the influence of music/media on culture… and voila CTA was born!!

Ok from there God was on acceleration mode things!! Yaani the bus driver stepped on the gas like whoaaaa!! Tooooooo much has happened in my life since then… I can’t honestly can’t put it all down. So I’ll shoot out a few major landmarks especially those CTA associated… here goes…

Came back from KORA and decided to never tour alone… that it was about mentoring so grabbed Bupe and Michelle and went to UG for a 2 week jam packed tour. Yaani UG has become like my 2nd home. Returned from the Tour and the Astar/Brian King project turned into a mentor-ship project titled “The Mabadiliko 100 High School & Uni Tour”… say hello to Jaya, Eko Dydda, Kamlesh, Jasmine, Chit Chat… ohh and Joy Wachira (MoSound Communication DON!!). All products of the tour.

My role during the tour was less Astar “the rapper” and more Astar “The MC/Artist Manager”. The reason I choose to be MC was to time manage… you know how the Spirit likes to tell gospel artists to sing their whole album on stage *hides from bullets*.

Anyway funny thing happened, one day at Mavuno during some awards Kanjii didn’t show up and I was forced to go on stage by Kijiji and MC in his place at the closing ceremony for some event Mavuno was having ati coz I had experience. What experience?? These were adults!! I MC’d at High Schools… anyway in faith, scared out of my pants I did it.

They absolutely loved it and called me back to service lead during the Sunday Service!! Whatt?? During that Sunday Service a guy called Kevin Mulei [MoSound/Groove Awards CEO] attended. Next thing I knew I was on the groove stage… Groove was live on TV and some dude from BSK (Bible Society Of Kenya) was looking for a TV presenter coz their presenter Njugush had an exclusive contract with Citizen TV.

This show would be on NTV. So for some reason he thought the “rapper” with a gap in his mouth who MC’s at groove would make a great presenter… and voila!! Bible Trivia show!! Then one day while chilling with Pinye, we ended up at Protel Studios. They were shooting 99 Degrees and needed gospel artists for their show the next day. Upset with their diorganisation, I offered to help and told them that if they ever needed help getting gospel artist for anything that they should call me.

That I’m crazy passionate about the music industry and wanna see it excel. The did call… 10hours later asking me to immediately come to their studios to host a show… the name of the show… GET LIFTED!! Ohh while hanging out with Pinye I would give him live performances to play on The Beat. This was because I wanted to school the Kenyan audience in understanding the beauty of LIVE performances coz I wanted to start one titled “Mwapi Lounge Live”.

Throughout this whole process God was teaching me step by step the different aspects of the CTA vision. From create (content creation), to distribution, to promotion, to artist management and what exactly it takes to build, nature and release a Culture Shaping Icon…. what a journey this was!! Then suddenly… puncture!!! This was in 2010/11. The puncture was caused by a thing called lack of systems… In part III… To Be Continued 🙂

NB – I get emails from people asking me how I ended up on TV and I keep telling them it’s God!! They think I’m being all spiritual and ask did you study communications? this that… I studied The Word Of God!! hehehe!! but for real… I did NOTHING!!!

With DJ Pinye looking all tuxedo-ed up at his 40th bday party!! This dude is the definition of a CSI (Culture Shaping Icon)

Presenting on The Bible Trivia Show

I made a pact never to tour alone… Touring is a huge platform for mentor-ship… so I grabbed Jaya, Bupe and Possum Keys and went down to TZ for a festival. This was us on stage being blessed and promised a South Africa Tour by Benjamin Dube!! Makamasi Session!! We cried like 2 year old 🙂

yup… King Mufasa himself… actually I’ve forgotten his name but this was the King of Bukina Faso.

Chilling with PSquare after they won 1 Million USD!!! Chuck that moneyyyyy!!

Touring with my CTA peeps!! This was in coasto!!

Interviewing DK on Get Lifted!! I loved this show

It’s all about content creation!! Shooting at my Culture Shaping Event – #MLL – Mwapi Lounge Live. This was also an opportunity to mentor “the Lemon Face Band”. Amazingly talented bunch!!

Promotion101!! A CTA media tour that fuelled the vision. This day KTN came to Kijiji Records… setup at 5am!! It’s not all fun and games guys 🙂

Touring Uganda with my sister Michelle and my brother Bupe. GREAT MEMORIES!! I performed “They Say” till I couldn’t stand it!! 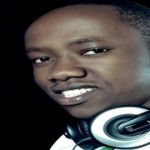