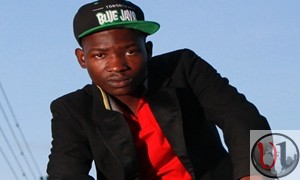 We take a turn around and today we focus our gospel singer fact profile on Kimdanny who is known for his songs Kimbelembele, Kibe Kibe and now “Tulia”. Kimdanny is Kenyan gospel artist born in Baringo 22 years ago in October and a last born in the family of five.

Kimdanny started music 2 years ago with his first song called “KILA WAKATI” FT MR.LEE OF WERNONO FAMILY recorded by Dr.Eddie and video by WASHAMBA UNLIMITED.
Then later in the year Kimdanny recorded a solo song “KIBE KIBE” which became his break through song to the Kenyan gospel industry.

Later in 2012, Kimdanny recorded his a song “KIMBELEMBELE / WACHA NIKWAMBIE” which made him get various nomination in kenya and USA, i.e Mwafaka awards and Talanta Awards respectively. Currently Kimdanny has released his new jam TULIA which means “HOLD ON” audio produced by CAH CENTI and DR.EDDIE. The video is done new by an elite video producer in video production of CLIPTOWN CREATION.