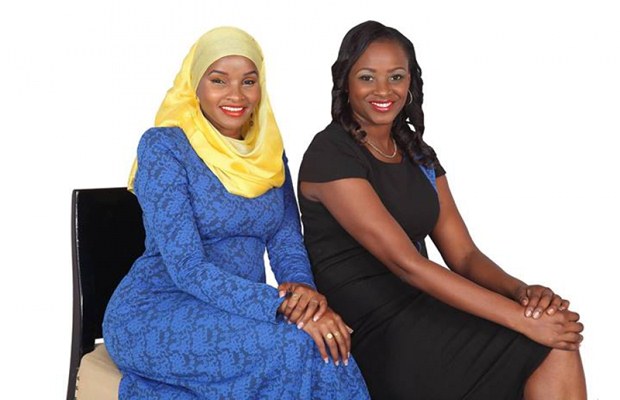 Citizen Tv news anchor Kanze Dena is one of the best Swahili news casters we have in the field of reporting and journalism. With all the money, fame and beauty any person out there will think that Kanze is a perfect being but she is person like you and me saved by the Grace of GOD. Many people look in the mirror and see someone they don’t like very much. They see faults, flaws and failures. They feel shame, embarrassment and maybe even anger toward themselves. The same applies for Kanze Dena who has for not once , twice but 3 times contemplated committing suicide. Kanze Dena on Sunday morning broke down on air while sharing about her struggle with low self steem in a brief interview that she had on Kubamba tv. Kanze Dena who hosts Citizen Nipashe every weekend with Lulu Hassan revealed how her life was not easy behind the camera after leaving her newscast.

Kanze Dena who is a single mum living with her 9 year old son called Amani, revealed on how living with her son has made her to question her role as her mother. Having to take that step of living alone with her son was one of the toughest decisions she has ever made.

“I would come on air and read the news on a happy mood but inside i would be struggling with low self esteem. I have questioned my self several times if i am a good mother to my son who is now 9 years.” Kanze Dena said before breaking into tears.

For you formed my inward parts; you knitted me together in my mother’s womb. I praise you, for I am fearfully and wonderfully made. Wonderful are your works; my soul knows it very well. My frame was not hidden from you, when I was being made in secret, intricately woven in the depths of the earth.

Later on she recovered her strength and continued to say that she found hope in GOD who says in his word that we are created in a wonderful image.

“I came to a place where I started believing that GOD knows Me and started telling myself that I am beautifully and wonderfully made.  Every day is a continuous process and right now I believe in who GOD says I am.”

Low self-esteem can result from a variety of factors, according to Celeste Gertsen, Ph.D, a clinical psychologist in Port Jefferson, Long Island, who specializes in helping people overcome self-esteem struggles. “Low self-esteem can stem from problems in the family, societal problems (such as poverty or discrimination) or an internalization of loss,”.

The future is still bright for Kanze Dena and GOD  is in control.

More From: Hot This Week