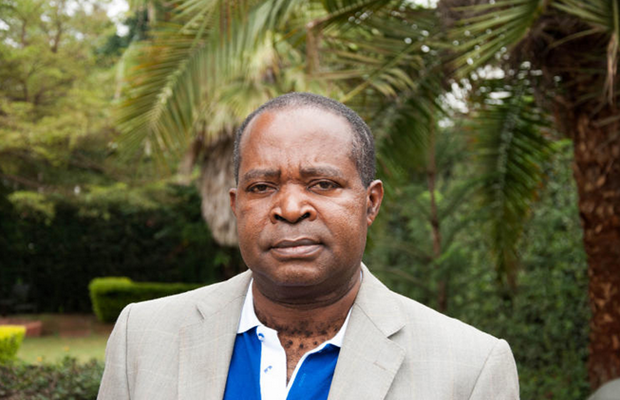 Mr.Shitanda died yesterday at the Nairobi Hospital at around 2pm where he was receiving treatment. In March 2009, Shitanda was taken to hospital when he fell unconscious near a Nairobi club. He was alone in his car, which was parked at the United Kenya Club until strangers noticed him. Later that year, Soita collapsed again in his Malava constituency and was airlifted to Nairobi and admitted at the same Aga Khan Hospital. He is said to be suffering from diabetes.
Opposition leader Mr. Raila Odinga sent his condolences to his family and friends. He eulogized the deceased, remembering him as soft spoken leader who always had the interests of his constituents at heart.

“I am deeply saddened by the news of the loss of Hon. Peter Soita Shitanda, a former Cabinet Minister and Member of Parliament for Malava Constituency.

I served with Hon. Shitanda both in the August House when he first joined Parliament in 1998 and in Cabinet where we both served while I was the Prime Minister of the Republic of Kenya. He was hardworking and dedicated.

Mr. Shitanda was a soft spoken leader who represented his people diligently and with a lot of dedication. He never shied away from stating what was on his mind and always spoke without fear. He was a good debater in the house and a good man to listen to.

On behalf of the CORD fraternity, the ODM Party, my family and on my own behalf, I express our heartfelt condolences to the family, friends, relatives and the people of Malava and Kakamega County as a whole for the loss. Words alone cannot express how we feel for the loss of Hon. Shitanda. The country has lost a leader.

It is just last week that his elder brother was laid to rest, a solemn occasion that he missed due to ill-health. Last month, he lost his younger brother. It is sad that the Shitanda family has lost three great men in a span of one month. It is well.

May his soul Rest in Peace.

Musalia Mudavadi expressed his sadness after the politician’s death. The two were strong UDF Party allies. “He was a brother and confidante. The Luhya have lost a great son and leader,” he said while at the mortuary to view the body.

Our prayers and condolences are with the family.