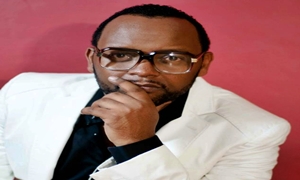 Mbuvi Mbuvi a praise and worship singer in the gospel ministry is quite one interesting but humble brother in Christ.

After releasing the remix song and later the video for remix of Sweet Ndwale i just found an interesting part to share about him.  On an interview by Sunday Nation  Mbuvi shared of his early child hood having been born with a young mother (aged 19).

I must say Mbuvi has come from far as the Lord has seen him through all the ups and downs in life.

The interesting part of the story is that Mbuvi repeated class one having come from the rural area to an urban Nairobi where Swahili is an official language. This is what he had to say :

“When I was in Standard One, after my mother got married and she decided to live with me. What is interesting is that I had to repeat Standard One.

In the village, we were taught in our mother tongue, so I could not understand anything in Nairobi. It was quite hard; at some point I even hated being a Kamba because it didn’t sound cool anymore.”

Well those are some facts i have just known about of our lovely brother Mbuvi Mbuvi categorised as (Mbuvism). Blessings!!