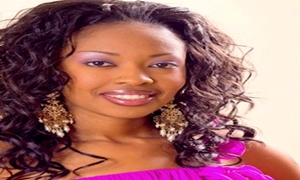 Kambua Manundu a Worship singer and also a co-host of Gospel Radio Show Inuka On Hot 96 Fm speaks about the scars in life and all.

She explains how her early child hood was a scary one having had 3rd degree burns on her body but she overcame it with GOD by her side.

Read it below and be encouraged

“When I was as a little girl, at the three, I was the victim of a near-death accident that involved hot water and a basin. That’s right. I had been in the bathroom with mom, who was busy doing some laundry. I pretended to be helping out, but truth be told I was simply enjoying the thrill of getting my hands wet, as most kids do. After a while I decided to go out to the living room to find my dad.

Now you need to understand that my dad and I have a very special bond- I am daddy’s girl!  So anyway, when I opened the door to exit the bathroom, I did not realize that our house help had placed a basin full of hot water right outside the door.

I believe she wanted to prepare a bath for one of us, and had probably gone back to get some cold water to cool it a little. I’m certain that you’re now thinking that the worst happened? Well you’re right! I tripped over the basin and fell right into water that was scalding hot…..

For three months I was admitted in hospital with third degree burns. The doctors despaired…there was little hope for me. But God still had a plan for my life. God saved me from the sting of death, and in spite of what the doctors feared, I began my slow but steady journey to recovery. Due to the damage caused on my skin by the burns, the doctors suggested that my family take me for plastic surgery, but before a decision could be made, the great physician, Jehovah Rapha, continued to restore me.

It got to a point where the doctors said there probably would be no use for plastic surgery because it seemed that I was recovering speedily and better than they had expected. I am now alive with only scars to show that I went through the valley of the shadow of death.

Growing up I was very conscious of my scars, and what people thought of them. I worked hard to conceal them and would never expose myself publicly (for instance during swimming). I felt ugly, and always endeavored to protect myself from curious stares.”

In A nut shell she ends with..

“When my relationship with God started to grow, I also came to understand that when He sees me, He is not distracted by the scars- He sees beyond them; He sees a woman who is fearfully and wonderfully made in His image and likeness!

I began to really and truly believe that He loves me and my scars because they are part of who I am. This freed me totally and liberated me from my fears. And though I’m human and sometimes feel a little self-conscious, especially when someone stares at my scars, I remind myself that God, my creator, loves me…scars and all!

I also realized that the more comfortable I became in my own skin, the less of a big deal my scars were even in other people’s eyes. Some people never even notice until I draw attention to myself by talking about the burns. “My scars are physical, but there are those that come in other forms…emotional, psychological … Some of you reading this have suffered domestic abuse, rape, others have been crippled by disease and illness, while yet others are simply what I call victims of life- anything that could possibly go wrong in your life has gone wrong, and people have written you off. The good news is that God doesn’t consider you a cast away, but a vessel of Mercy.

You have been through the fire and the rain and you are still standing. That is no small fit beloved. God preserved you so that someone else by hearing your story of survival will find a reason to hold on, in spite of what they have had to face.
You are a vessel of honor. And the scars you bear? Those will bear testimony to the fact that no, the process didn’t break you; it made you.
Sometimes we wonder whether God would love us even where we are flawed, and have gone through ordeals that have left us with scars- the  answer is yes, He loves us, scars and all. And the scars testify of His delivering power.”
They give a story that’s deeper than any words can express. Embrace your scars…let them act as reminders of what God has taken you through and always remember that He loves you…scars and all!”
Lets keep the fire burning and be encouraged
Follow Her On twitter >> @Kambua and her blog click here 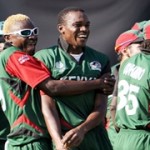 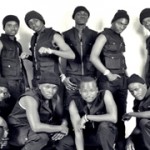