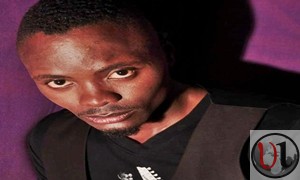 Kenyan Based gospel singer Ambassada of Ugandan decent who recently released his new single Take Me will be starting his music afresh.

Knowing GOD is not easy i would say and the same is having a consistent walk with Him. Once you feel you know GOD completely you end up falling again because we need to know him every day.

Ambassada has made it clear that he has taken a new turn in his music so that Christ may be exemplified more in his singing. If you have listened to his latest song Take Me he emphasizes that : “Take Me Take Me … Take Me As I Am” meaning he wants the Lord to use him to save souls.

He prayed that his  new song “Take Me” will not be a hit song rather it may save people he said.

Something amazing happened in his life, as once he had all the money and cars he needed but he didn’t just love that. He even once nearly sold his own kidney and for what reason? to get cash he said on an interview on Tukuza.

Listen to his new song Take Me Below.