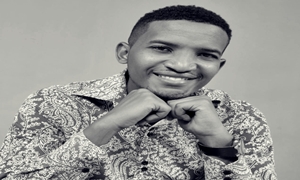 Patrick Maina born again,young and full of patriotic love for the country has written a public letter addressed towards fellow Kenyans.  This letter is aimed towards encouraging Kenyans to stand for what is right by voting wisely in March 4th as We are the Genearation. “Fellow young people and more importantly fellow Kenyans, My name is Patrick Maina Wambui. I am Kenyan and I’m 26 years old. I was born at Pumwani Maternity Hospital and for my first ten years I lived at Ngei one. When I was ten years old our land was irregularly sold by one of our family members.

We were evicted and my mum and I moved to a slum called Kambi moto, which is in Mathare valley and more specifically Huruma, roundabout, where I have lived for the last 16 years.

I was not as lucky as many of you seated here today in the fact that getting the basic needs that include food, shelter, clothing and education was always a struggle for me.

However I was taught by my single mother, who was a born again Christian and who single handedly raised me and my six siblings, never to lose hope but to always look into the future, not with fear but with the assurance of a bright future that lies in the hands of our Lord. I stand before you today to remind you of what Dr. Martin Luther King Jr. referred to as the urgency of now. The future of our children and the coming generations lies squarely in our hands. This coming election provides us with an opportunity to choose between the same old politics or new politics, with agendas that will ensure that our country moves forward and is placed firmly on the path of greatness.

For so long the politics of division have been practiced in our country. Many are the times that politicians have come to us and turned us against our neighbors so that we would vote out of fear of our neighbors and not issues, because they know that they don’t have any issues.

The election time is upon us again and I know that the politicians will come with the same tactics, that is if they have not come already.  It is with that in mind that I feel it is important for us to remind ourselves of who we are so that when they come we can stop them.

There are many examples that I can cite today but I just wanted to use these few to remind you that when all these people win or excel. It is not the flag of a particular tribe that is raised but the flag of Kenya and all of us are proud of them and of Kenya. We’re not a tribal people, we’re friends who played together and went to the same schools together. We’re neighbors who when we had a problem, it was the next-door neighbor who came to our rescue first.

We’re the generation that has been tasked with the responsibility of relieving our country from the chains of tribalism and bad governance.

Fellow Kenyans, we must acknowledge that it is in our generation that our dedicated soldier’s who in defending our dignity and our border’s, crossed into a neighboring country, fought the enemy, and restored hope to a people that had otherwise lost hope.

We all marveled as we sat and watched on our TV’s as they conquered the enemy and knelt down together regardless of their tribes and religious affiliations to thank God. It is in our generation that we have witnessed the greatest revival of our infrastructure since our independence, almost fifty years ago. Roads have been turned into super highways, the railway system revamped, the economy of our nation has grown and a new constitution enacted.

Some of you seated here today are thinking in their minds, is this possible? Could this be popular among the people? Let me remind you that sometimes what is popular is not right and what is right is not always popular.

Ask President Abraham Lincoln if signing the emancipation proclamation that brought freedom to the many African slaves in the USA was popular and he will tell you it was not, in fact it even cost him his life, was it right? He will give you a resounding yes. Ask Martin Luther King Jr.

Come closer to home and ask Dedan Kimathi if deciding to go to the forest and fight against a colonial regime was popular among the ruling elites and he will tell you no, in fact it cost him his life and still today we have not yet found out where he was buried, was it right? Yes.

These are just a few examples of great people who stood for change regardless of what it would cost them and they did not even consider their lives precious, but they gave up their lives for the sake of future generations and today most of the freedoms that we enjoy are a result of their sacrifices.

Fellow Kenyans, we are at that time in our generation where we are now the one’s being called upon to secure the future of our kids and the coming generations. Will we answer to that call or will we succumb to the politics of tribalism, regionalism and negative ethnicity that has for so long been practiced in our nation?

This is our time and when history judges us let it not be found that we sacrificed the future, dreams, and aspirations of our children and the coming generations at the altar of ethnicity and regionalism.

Let us be found that in our time, we stood on the side of change no matter how unpopular it was at that time. WE ARE THE GENERATION; WE ARE THE PEOPLE. God bless you and may God bless Kenya.” 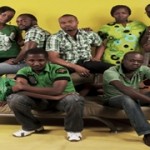 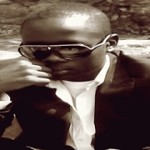