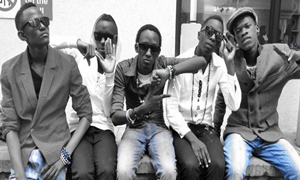 Gospel group Zionists Dancers is one talented gospel group of dancers who have featured in numerous if not all gospel videos.

Something interesting took place yesterday as Kenyans took to the streets to parliament buildings to protest against increase in salaries for Members Of The National Assembly.

It is something that has been hurting most Kenyans as they feel MP’s need to focus on other important issues rather than increasing their salaries after just a few months of being elected.

Zionists Dancers felt the same pain that Kenyans feel and they also took to the streets to protest against Increase of Salaries in the Second Protest Dubbed Occupy Parliament Reloaded. Unfortunately some of their fans are not happy with what the patriotic dancers did and this is what Zionists had to say on their part :

“For those people inboxing us criticizing about OCCUPY PARLIAMENT and us using pig blood we have no apologies there is blood of human beings being shed for luck of insecurity kids dying daily in hundreds for lack of food and shelter people in the ghetto trying hard to eke out a living our fathers shed blood for equality and justice…..does there blood count?” 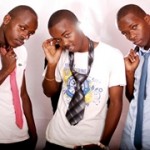