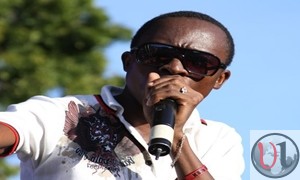 “If you decide to pick a path then go with it, no regrets no looking back but onward you go”. In gospel industry Habel Opiyo aka Mc Abel certainly is a man on his own path as his walk as a gospel emcee has had some share of good and rough times.

How Did He Start Emceeing?

After a busy primary school of music festival-poetry, public speech and drama in high school it pretty much brought out the charisma and stage presence he exhumes while on stage.  In 2005 ,Mc Abel was introduced to emceeing by his elder brother Enos,to host a show at the Alliance Francaise Mombasa.

“I had never emceed before ,it was just because I had a French background in high school.” he said  as that was the beginning of his new journey.  Alliance being a culture nurturing institution ,more shows were granted to him including training and leadership opportunities ,he started curving a name in Mombasa.

So What Happened Next ?

My big brother was not done he further introduced me to Mc Caro Momanyi (Coca-cola VJ finalist) who was brought me in to shape,allowing me to share with her the stage and even sometimes calling me for shows that were hers.  I can say among other many people who facilitated supported and encouraged me ,she actually shaped my skill next to absolute fine”

How Challenging Was It Being A Gospel Emcee?

A few months later his family started a gospel acappela group , and that’s where he started having internal conflicts within himself. So what Prompted this? Abel felt so because the secular world had more events,more appreciation from them and also he used to feel bad about himself because he wasn’t getting out there.

He had to seek GOD’s help by going doing on his knees he says ” I went to my knees and asked God,” I want to Serve You with this ability ,but you will have to provide me with the venues.”

Since then Emcee Abel has been able to emcee on many shows including weddings,inaugurations of institutions,,activation’s, launches and fundraising.

So Tell Us About Your Dad ?

The funny thing is that My Dad was an emcee, this i only came to find out after going through the family old albums.  I realized my dad Mr Isaiah Opiyo used to emcee shows back in the 80’s when he was a night club manager.

Family Support In My Career

Not to forget having a pro-education dad and a mum who supported me fully. I was told to be professional in all capacities so I applied for a degree course in Media management with DALC which facilitates distance studies with a number of European Universities.

This later made me further move to the Nairobi Campus for Media facilities.

We have Seen You Emceeing In A Couple Of Weddings At The Coast. Why Is That?

After launching Jesus Night Mombasa e\Edition at the Milele Beach Hotel, along side Anthony Ndiema (Tukuza Gospel Show Host) and Mc Alemba. Gladly, I had a close working relationship with  Milele and since then Milele has kept calling me for events.

I  joined System Unit on my arrival to Nairobi ,which has been very instrumental and exceptionally supportive to my endeavors.

They gave me opportunities that were not even in my dreams, as they trusted me enough to give me a  platform on their Replay Reloaded Show on Truth Fm as a producer and presenter along side,Deejay Sadic , Mc Alemba,Dj Mo,DJ banns,and Hey-z Da Brand.

I look upon Alemba Hype Masta because, Alemba is a stupendous hype-man and of course a good mentor. He actually dragged me a long on most of the shows and practically mentored and introduced me to big crowds, program writing and floor management

A few years a go he managed to start a company with his friend and business colleague Deejay Banns (who is my small brother but holds me down spiritually).  He has had my back all through my career even going further to check on me when I am emceeing and inform me of my strengths and weaknesses when i Emcee.

We are having a small entertainment company called SABA Entertainment where we do sound and general event logistics for companies and individuals.

How Has The Experience Been Like, Emceeing At Groove Tours And Groove Party

God was not done with the provision of Venues, the system unit crew introduced me to Mo Sound entertainment who have been phenomenal in my professional emceeing life. They graced me with the opportunity to launch the Groove tours among the first emcees which this was alongside Mc Alemba,and Antony Ndiema

The Year 2012 was  even a greater year for me because God opened even more doors for the Groove Party to be live on KTN, making my recognition to be bigger. I would say this has not made me sleep on my talent , because I believe a talent is “a perishable skill”.

That is why I am working hard on living some serious footprints with God being my sole driver I pray to be relevant and inspire. Not forgetting to mentor a few more guys and ladies just like  i was mentored and still learning.

I am not yet where I want to be, I know it, but cant explain it. What matters is God knows where,what, how and when. As I always say …Am keeping it gospel 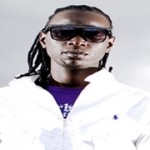