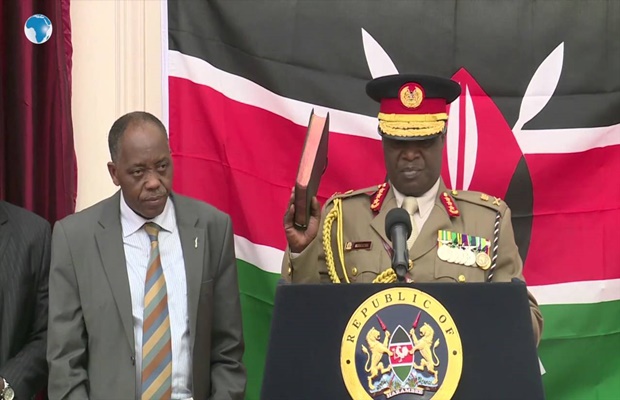 According to the official presidential website, President Kenyatta congratulated Lt. General Kibochi on his appointment as the new Kenya Army Commander. “As I congratulate you, I ask you to continue in that well treaded path of commitment and dedicated service to the nation, to continue to work in support of the men and women who will be under you,” President Kenyatta told the new Army Commander. “As you start on your new position, count on our support, count on our commitment and count on the fact that every single Kenyan appreciate what the Kenya Defence Forces do to keep the country safe every single day.” he added. He assured KDF of full support and urged them to continue in their efforts to secure the country, saying there cannot be prosperity without security and stability. “As a country, we are proud of you. As a nation, we continue to encourage you and as an administration, I give you my word that we shall continue to give every support to enable you perform your duties,” the President said. Present at the swearing-in ceremony were Defence Cabinet Secretary Raychelle Omamo, Chief of Defence Forces Gen. Samson Mwathethe and Defence Principal Secretary Amb. Kirimi Kaberia among other senior Government officials. 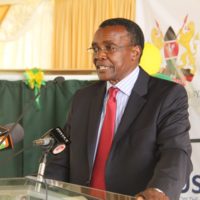 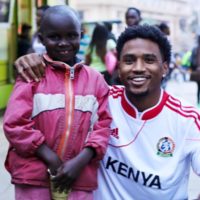