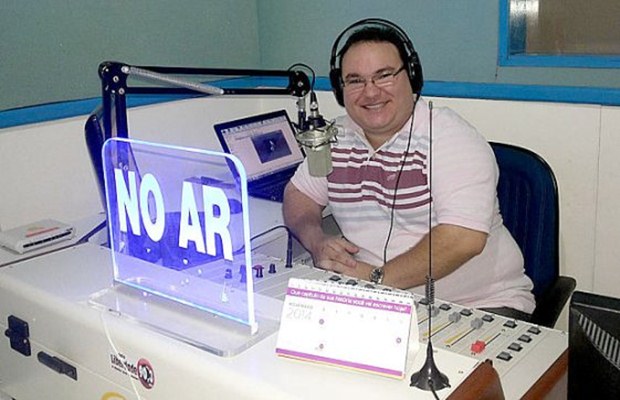 Brazilian radio presenter Gleydson Carvalho was gunned down in a studio as he broadcast live yesterday. Two gunman burst into Radio Liberdade FM in Camocin, in north east Brazil, overpowered a receptionist and an engineer and stormed into the studio where Gleydson was talking to his listeners and shot him five times, three times in the head and twice in the chest. The killers left in a motorbike. An hour before he was killed, the DJ had been campaigning against corruption. He was known for his long-standing campaign against government corruption. He’d even received death threats while on air

“They came to the station’s facility and said that they had to make an announcement,“ Herbert Silva, a local police chief, said of the killers.
He added that the the culprits have been identified.
“We’re going to find them soon because they don’t have water, money, food and they are in a region with a lot of sun, rocks – almost a desert.”