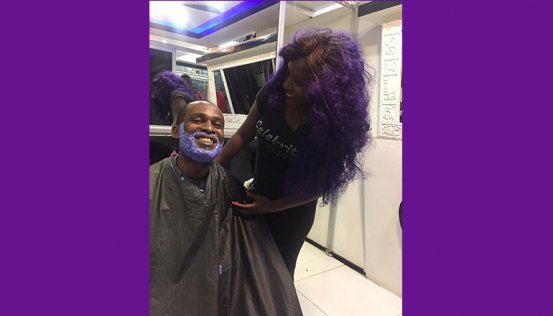 A few months ago rapper Collo said that he had now changed and was saved, then he later married his long time girlfriend, now Collo has another big one.

Collo has been following the trend which has been going around by men, the no shave November, and he has decided to die his beard purple. Yes you heard me right, Collo’s beard is now purple, call it crazy, downright weird or whatever maybe he is simply re-branding himself.

‘’Purple is the new black #dollarlook !!!!!’’ He posted on his social media as he waited for the color to process. 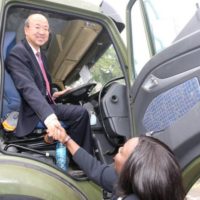