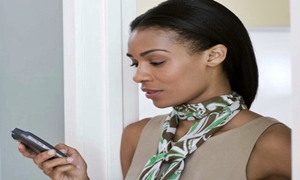 Text is one of the mostly used medium of communication not only in Kenya but also world wide. It comes a point where at times you send someone a text but for some reason or another they never reply back (How frustrating is that).

We are going to look out some of the reasons why someone or a christian may not reply to your texts.

According to the connecting singles here are some of the reasons they came up with :

This is a legitimate excuse but not certain. They might just be busy. They could have a life that you don’t even know about. Maybe their work schedule may have changed or he has started playing basketball in the evenings or the Lady is going for gym practice.

We should look at both sides of the coin.

This is also a legit reason. Some People are fans of texting but others are not just into it. It depends on how the person uses his/her medium of communication. Some people always want to talk to the other person via a phone call but some just prefer text.

3.Your Texts Are Not Engaging

Have you ever got a text on your phone and your like mmm so what should i say. When you send some one a text it should be something that might make them to reply back.

Like Here In Kenya If you text someone “hi” without anything else they is a likely possibility that they wont reply. Make sure your partner or friend is engaged by the text.

In a relationship or a friendship the biggest part is creating sometime for your partner. In a case where you text today, tomorrow and a week later and you don,t get a reply back then their might be a problem somewhere.

He either not interested or not in the mood to talk at that time.

5.You Are Either Bugging Him/Her

A common scenario, you sent him/her a text an hour ago and when he/she didn’t reply within five minutes you texted him/her again. You still haven’t heard anything, so you text him/her again every ten minutes to make sure he/she is okay.

The reason why is that you are impatient and won’t stop bugging him/her until he/she answers. Check on that

Texts are meant to be short and sweet. If you’re sending long texts that are better suited for email, you’ll probably not hear back from him/her.

He/She probably doesn’t want to read that long-winded text to begin with, but he/she will want to reply to it even less because he/she knows you’ll be expecting a similar response and that’s not going to happen. 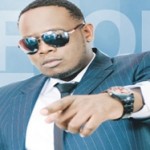