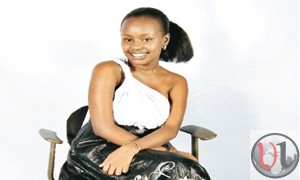 Most of us love our adorable sister Yvonne Makena who recently was awarded The Groove Awards Worship Song Of The Year 2013.

So what are some of the

Did She Imagine That Her Song Would Be Named Groove Worship Song Of The Year.

She was surprised!!. She said that : She could not walk when her name and song was announced as The Worship Song Of The Year. Her Mum is actually the one who helped her to walk as she went to collect the award.

Which School Did She Study In :

She started Primary school at Madaraka Primary School-Thika later  she went to Mugoiri Secondary School in Murang’a and then went to Mary Hill High School. She later cleared high school in 2010 when she joined Kenyatta University where is pursuing a degree.

When Did Makena Get Born Again.

Makena was born in a christian family but fully decided to follow Christ in the year  2007 when she was in form 1.

Is Money A Primary Factor In Her Ministry?

No She does not consider money to be a priority as she believes music should be done whether or not money is available. But she believes that if money comes then it should be used wisely in furtherance of the gospel.

Is She Related To Kambua?

Yes And No in that she is related to Kambua but in the spiritual life as a mentor. Kambua is like an elder sister to her as she guides her in music.

Which gospel singers does she admire?

Here is Her Song Najua Hutaniacha :