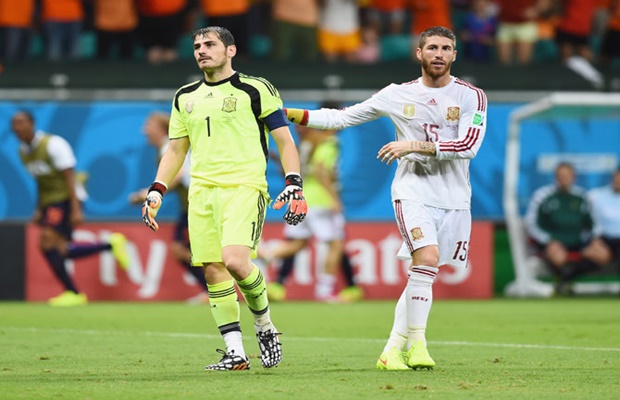 Casillas, who left Madrid to join Porto in 2015, has been a mainstay of the Spanish national side since making his international bow in 2000, going on to record 167 appearances.

The 35-year-old captained the national team to triumphs in two consecutive European Championships and the 2010 World Cup, but, having seen his number one spot taken by David de Gea at Euro 2016, the veteran has now missed out on the squad for qualifying fixtures against Belgium and Lichtenstein. And, despite saying it feels “bizarre” to join-up with a Spain group that does not include Casillas, Ramos believes the change represents the start of an exciting era.

“Everyone is surprised when such a historic and emblematic player for the Spanish and global football is absent,” Ramos said.

“It’s a new era, a new era with a radical change. Obviously, it’s bizarre without seeing Iker but all opinions are respectable and it is a decision for both the player and the new coach.

“I do not know [what will happen] but the first contact [with the coach] was very good. We must be patient.

“Despite these changes of players it is practically the group we had before. We have lived together, and now we need to apply the ideas of the coach.”