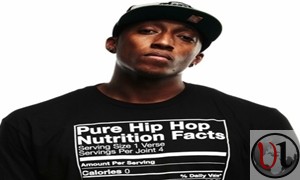 Lecrae, the 33-year-old Christian rapper, recently responded to a story about him signing with main stream rapper Jay-z.

“[Laughs] At this point in time, no,” Lecrae told Ebony. “Essentially, he was looking for some conscious artists and my name was thrown into a pool of other artists and that’s as far as it went.”

Lecrae let it be known that he would not consider the business move.

“Nah. For multiple reasons, but one majorly, I’m an independent artist, I’m a label owner,” Lecrae revealed. “I love my independence. I love being able to create the story.”

While many have questioned Jay-Z’s religious beliefs, Lecrae said that there were some parallels between he and the popular music mogul.

“And I want to do in many ways what Jay-Z is doing for the mainstream. He’s inspiring a lot of people to think they can do something on their own,” Lecrae said. “I want to inspire people that they can do it on their own and not compromise their faith and beliefs, as well. So, that’s what I stand for.”