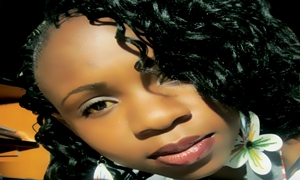 This makes it two, as Kambua said I Do on the 7th April 2012 and coincidentally across the street Evelyn was also saying I DO.

Evelyn Wanjiru  is a Gospel singer/songwriter who sang Waweza and Hosanna and she is married to producer Agundabweni Akweyu. They got married last year April 7th at Buruburu Baptist Church.

Evelyn said so last Sunday on  THESWITCHK24 hosted by Dj Soxxy Deejay Sanch Deejay Celeb  where she was interviewed , “1 yrs ago, I said “I do” to him. He makes me better,stronger,still gives me butterflies, and i thank God for being the founder of our marriage.”

During their married life, the couple have been supporting one another on their music career. Amazingly they are they are the co-founders of a recording label Bwenieve Production that produced  Evelyn’s Waweza album .

Check Some Of The Photos of the wedding. 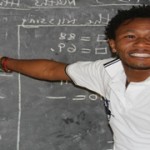