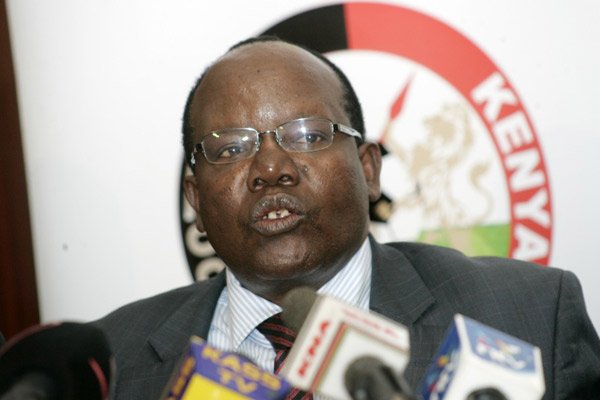 Sam Nyamweya has pulled out of FKF chairman race stating that he will ensure a smooth transition and use his exit as an opportunity to improve Kenyan football.

Nyamweya, who has been at the centre of controversy, said he considers himself fortunate to have led a team that helped “sail the ship this far”.

“I have thought greatly about this decision and it is the right thing to do. I am sure the reaction to this announcement will bring joy to some and anger to others,” he said.

“I have made this decision out of love for the game, the passion and appreciation that no good leader should be pushed to give up power.”

He noted that his family needs him and that he has a daughter battling a medical condition, and added that his business demands greater attention. Nyamweya said he may still have the energy and drive to lead Football Kenya Federation but that others with “fresh vigour and charisma” may be interested in the position.

He said he was handing over active leadership of football but would be available for consultations as “nothing will diminish my ability to support FKF”.

The outgoing official said FKF is a “great institution” but is not perfect and faces obstacles, including ones that he said the government contributed to.

He added: “There are times we failed to uphold principles I just stand before you today and take full responsibility for this frustration and for the mistakes that have occurred during my term.”