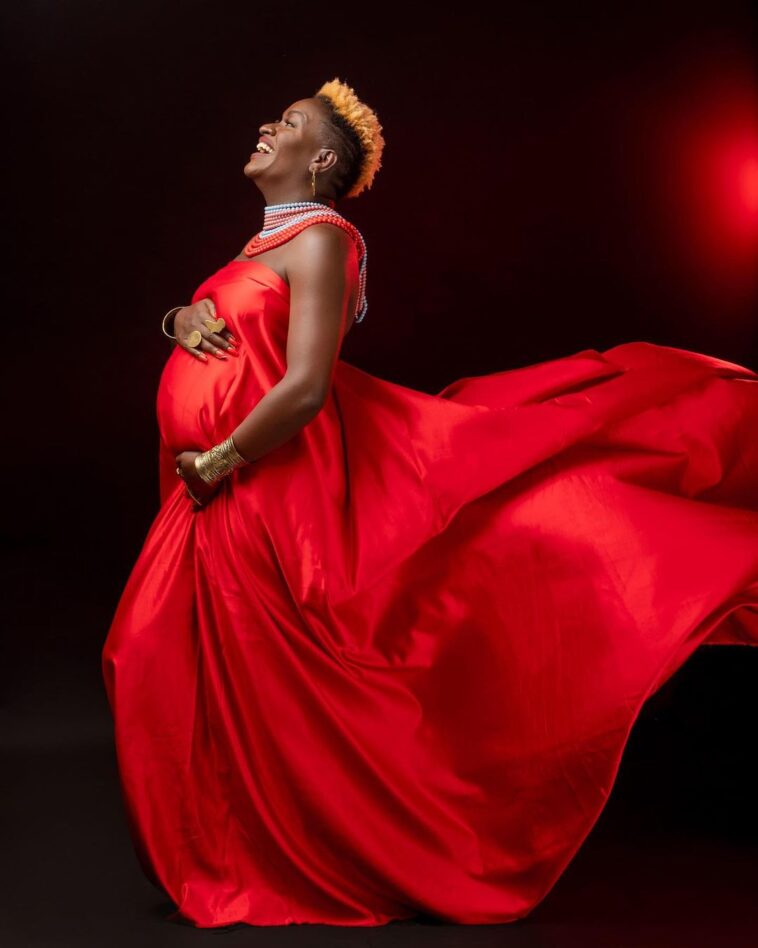 Not so long after the story of Size 8 losing a child shook the internet, media and comedy personality Auntie Jemimah has announced that she lost her newborn daughter at birth.

Taking to social media, Jemimah said she gave birth to her baby girl Nduta at 34 weeks but sadly she had passed on.

“On 29:9:21, my girl arrived at 34weeks, sleeping. I held her in my arms and said goodbye. I am broken, oh so broken that there was nothing I could do to bring her back to life. I therefore will be taking a sabbatical to mourn my Nduta the best way I know how and for as long as it takes. Thank you for the love and support. Auntie will be back,” she wrote.

Auntie Jemimah had announced her pregnancy on her 32nd birthday with a caption:

She is popular for her hilarious short skits online, which she does in Kikuyu.