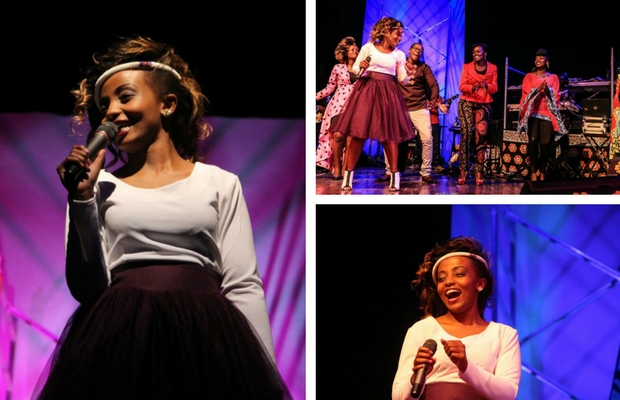 The star has risen, shooting in the sky and writing the beautiul story of a worshiper by the name Laura Karwirwa. A tough name I must say to pronounce but not like her music that has easily and remarkably touched the hearts of youthful christian faithfuls around Kenya.

Laura Karwirwa finally launched her debut album,Natamnani Nikuone, last Sunday at Kenya National Theatre, an event that was mean’t to open doors to her musical journey. A few of the renown artistes had made such bold steps in their early careers but Laura Karwirwa made that step that she had previously called it a dream.

Having a live band that would lead the attendees to worship, the event was set to arouse the feeling of praise and true it did live to its word. Laura graced the stage and everyone who loved her music stood up to celebrate her journey to ministry and reaching out. Natamani Nikuone which is her debut album comprise 8 songs which are :