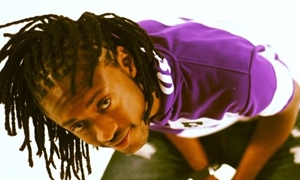 Many things you want to know but you usually don’t know. This week we introduce super video producer J Blessing of Link Video Global. Jibril Blessing Of Link Video Global has done so many amazing videos from Sir By Eko Dydda Napokea Kwako By Janet And Christina Shusho, Holiday By Jimmy Gait Am Walking By Alemba and Exodus and now he directs Churchill Show by Mwalimu Churchill.

So if you didn’t know J Blessing has once walked out on a video shoot because the artiste didn’t follow the rules set up. As a businessman and a christian we just found out that he holds his Christianity morals high also during business whether a secular video or gospel video.

I know this is usually a hard call when we do business to separate between Christianity and our own interests. But J Blessing does put his Christianity up and above.

I  always wondered what he tells secular artistes before he shoots their videos.  Little did i know that things like smoking drinking or any immoral act are never allowed and are part and parcel of the music video contract which i would say may push away a lot of artistes.

He says he prefers holding his faith first in a shoot rather than anything else.