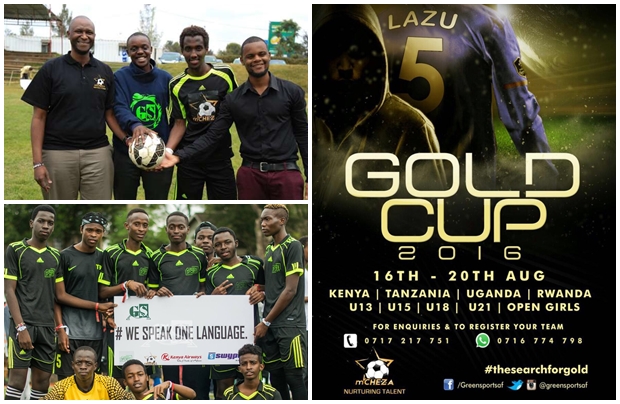 147 groups from Kenya, Tanzania, Uganda and Rwanda have affirmed interest, which is 40 a greater number of groups than in the 2015 season.

Amid the competition, players stand an opportunity to be scouted by neighborhood and provincial clubs including Vipers from Uganda, Azam from Tanzania, Harambee stars, Gor Mahia and Bandari FC from Kenya, APR from Rwanda and TP Mazembe from Congo. The groups will likewise stand an opportunity to secure trials for openings in clubs in Africa and Europe, with grant open doors into the Green Sports Academy kindness of mCHEZA.

Talking amid the declaration, mCHEZA Chief Executive Officer Peter Karimi attested mCheza’s dedication to nurturing, and welcomed more youth to enroll for the competition. He additionally praised the Green Sports group for their nonstop endeavors to professionalize football in the nation.

“As part of our company’s social pillars, nurturing talent ranks high among our business objectives. Green Sports have been able to rope in scouts from leading football clubs in the region to witness their level of professionalism in managing football. The teams which will participate at the tournament are able to receive the exposure they need to take their talent to the next level,” noted Peter.

On his part, Green Sports Africa Co-founder and competition coordinator George Ouma communicated over the development of talent in the nation and encouraged players to practice well for a chance to play in national clubs.

“Beyond looking for players to sign up at the Green Sport Academy, we are offering the participants the opportunity to get signed up by local and regional clubs beyond Kenya’s borders whose scouts will be present. We therefore urge players to practice well as this opportunity may earn them a leading club,” said George.