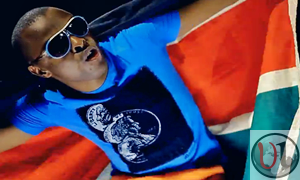 Gospel Singer Ringtone Apoko who is famously known for his song Pamela with Sk Blu and also was awarded at MCSK Gala 2013 has released a remix for his song Jubilation. The song which created a lot of buzz especially during the general elections campaigns has now been remixed with a new touch. Jubilation is the song being related to the year of jubilee as Kenya is currently 50 years old. Ringtone saw this as something that connects Kenyans together and he also connected artistes from different geographical jurisdiction in this new song, to represent the different tribes. The artistes in the song are : Maurine Awuor , Ben Githae , Lillian Rotich and Mbuvi.

Watch the new video below Directed By Tiger and audio done By Jacky B.