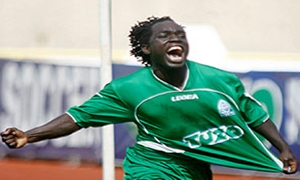 Leopards were unlucky to lose on this occasion. Luc Eymael’s charges dominated the first half with Edwin Wafula and Mike Baraza coming close on several occasions but, as has been the case this season, the two forwards couldn’t quite find the break through.

Gor coach Zdravko Logarusic made a tactical switch in the second half, bringing on Rama Salim for the ineffective Kevin Omondi, and that decision proved the game changer.

The winning goal came in the 73rd minute from a brilliant counter attack before Rama had his shot parried by an advancing Patrick Matasi manning Leopards goal. Sserunkuma latched on the loose ball to whip it home and send Gor supporters into a frenzy. (Kpl website)

Check the photos below

Photos by nation and sporton websites