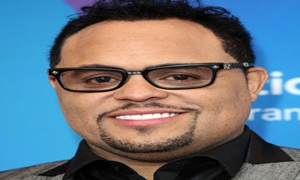 Houghton is the recipient of 5 Grammy-Awards, 13 Dove Awards, 2 Stellar Awards, a Soul Train Music Awards and many more. In 1995, Houghton formed New Breed Ministries that gave way to his debut releases in 1997 Whisper It Loud, and Way of the World. Since that time Houghton has released 11 solo and group CD’s and has consistently been a commercial success with Billboard chart toppers New Season, Power of One, and the current Jesus At The Center. He achieved Gold-selling albums with Alive in South Africa, and Live From Another Level.

Keep it here as we will keep you posted as soon as the soundtrack and movie are out.