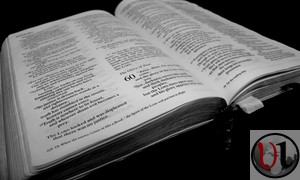 The Bible has become the best-selling book in Norway, which some say is one of the most secular countries in Europe.  Moreover, a successful six-hour play inspired by the Bible is further evidence that the country has not lost its interest in religion and faith.

“Church attendance is a poor measure of the Norwegian state of faith,” said post-doctoral fellow Thorgeir Kolshus at the University of Oslo, according to The Associated Press. “Religion is a very private thing for Norwegians.”

The Holy Book sold close to 160,000 copies in 2012, which some officials said is thanks to a good marketing campaign that appealed both to teenagers and adults.

Dag Smemo, project manager for publisher the Norwegian Bible Society, previously explained that working on a new translation of the Bible was always a touchy issue.

“People say they like it the way it is. But we had a very thorough procedure, involving authors and poets, secular people and believers, and discussing the whole translation word by word, so there is not only a good translation of the Greek and Hebrew but also a very good flow of the Norwegian language,” Smemo said.

“People are saying that it’s very good, and we are seeing this from both conservative groups and more secular groups. It’s definitely not only Christians buying it. It’s atheists too – people are saying the Bible is important for us, for our culture, and for the nation.”