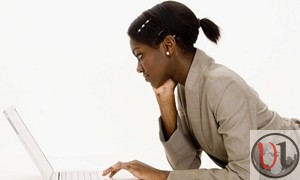 One of the most ingenious aspects of Twitter is that if someone is annoying you or being rude, you can simply unfollow them or even block them. Funny enough in some situations, it is very necessary to block someone if they are being rude or inappropriate because Twitter is our happy place, and we shouldn’t have to deal with that. However, in many cases, I think we get trigger happy with the block button.

1. Everyone deserves a second chance

Some people will disagree with me here, but I believe this is true. So someone was annoyed you on Twitter – if they apologize and are genuine about it, do you think you might be able to give them a second chance to do the right thing?

2. Their tweet was simply the result of having a bad day

We all have bad days every now and then and we all say things that we regret when we aren’t feeling our best. Sometimes we have to just give people a break, even on Twitter

3. Are you making an emotional decision? Can you sleep on it?

Although it’s hard sometimes, I’ve found that it is best to not make decisions when we are emotional. You want to block someone? Would you consider sleeping on it just to be sure you feel the same way in the morning? If you feel the same way when you wake up, then blocking is probably the right thing to do. But chances are, you’ll wake up and think that person is annoying as hell, but you won’t think it is necessary to block him.

4. We may have taken their tweet out of context

Online humor is different than ‘in person’ humor because many things do not translate from one to the other. I see it in blog posts and tweets all the time, people trying to be funny but it’s just not working out. Can we give them the benefit of the doubt? Maybe we just took that humor out of context.

5. Slip of the tongue

Oh… this is a good one. It’s fun to watch on Twitter. Someone will send a tweet and then their very next tweet will be either justifying what they were really trying to say or apologizing for how it came out. We all have a slip of the tongue every now and then in real life and on Twitter. I open my mouth and insert my foot on a regular basis.

7. Forgiveness is always a better path to take

Wow, I have learned this lesson the hard way, and I’ve learned it on Twitter. When you don’t forgive someone it’s like you are allowing a snake to bite you over and over again. If you want to break free of that, you have to forgive. Don’t do it for the other person, but do it for yourself. You will feel lighter and happier.

8. Do you have followers to spare?

A friend of mine has 5 followers on Twitter and she is so cute because she is proud of every one of those followers. Even though she’s only sent about ten tweets, the way she looks at it, she set up an account, she wrote a bio, she found a picture and she tweeted. That is a lot of work and she got 5 followers out of the deal. I know for her, if she blocked one, she would lose 20% of her followers which would make her sad.