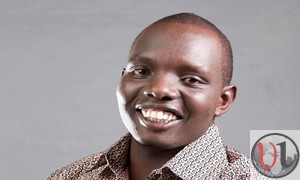 I was always wondering why Tukuza show on KTN hosted by Anto Ndiema and Dj Krowbar always bring people to their show to share about their life testimony’s.

Anto Ndiema says he believes every one has a story in his life of how the Lord has been good to them. Looking at that Anthony Ndiema who is a groove award winner is not an exception to that as he also experienced that in his life.

The story is that Anto Ndiema used to live In Kawangware a while back. Unfortunately in the year 2008 he didn’t know what was to follow him once when he had withdrawn money from an ATM along Kenyatta Avenue. On an interview with pulse he says :

I then took a route 46 matatu to Kawangware. On alighting, a man shouted “mwizi!” while pointing at me. Without a warning, a crowd descended on me with blows and kicks. I was confused and in excruciating pain. They left me for the dead. It was about 6.45pm.

Luckily, about ten minutes later, a man and a woman heard my groans and came to my rescue. The thugs had left my wallet behind. In a VCT card, I had written a friends number. They called him and summoned a cab.

I had been stabbed twice on the back. The knife touched my nerves and the doctor told me I would never walk again. But one day, in my troubled sleep, I experienced a vision where God assured me that I would walk again. Few days later, I started to move my toes. I enrolled for physiotherapy, which I take to date.

Slowly I learnt to walk again. Today, I have a slight limp, though sometimes after a long day, it gets painful. I pray for my attackers every day, hoping they changed their wayward ways.”

What an amazing story. We Give GOD the Glory For Saving our brother.