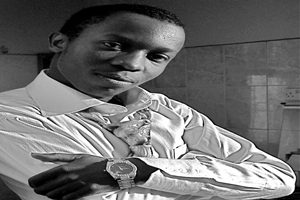 Billy Frank a singer of worship, a minister Of GOD and also a top music producer explains the aspects of the Book Of Daniel and how it relates to the Christian Community.

A few of us can boldly speak of how we see things as Christians but Billy Frank has.

Here is the article by Billy Frank .

“There is something have learned from the book of Daniel…and can relate it to what is happening in the Christians community today..PROJECT FAME…why do you think 80% are Christians…..Daniel 1:3 Daniel 3:the King Nebuchadnezzar(TUSKER)ordered chief of his court officials to bring in some of the Israelite s (Christians) from the Royal family and Nobility(Gods Children)well talented, no physical defect,handsome,well informed, quick to understand n qualified to serve in the kings palace..look at the entire panel of project fame….people from the church, worshipers of Yahweh, the band it’s all church….follow me….
he was to teach them in the academy for three years(3 months academy for the contestant)which most of them were Christians.

Daniel 5:the king assigned them a daily amount of food, wine..they were to be train the language and literature of the Babylonians..in this case secular music and language and appearance..
have you ever asked why cant they use secular bands? they come to church to pick the best at the end destroying worshipers..why cant they pick Nonini to replace Judge Ian?why cant they take Clemo to replace R.Kay?why are they using Anointed Christians with high level of talent? not that in secular we don’t have talent but there is something the devil is after making sure he destroy those he knows will make impact to the world…and he gives you the best but in the long run the pay is painful…he will give you food from his table and make you feel like a king and yet we defiling the anointing in us…
After feeding you from his table he will destroy you…

Daniel 2:12
look at all the contestants from tpf 1….tell me who among them ended up with the same impact they had when on screen…talked to some of them who are good friends the things they went through after that..Most of them went born again and come out backsliders..no salvation..after all this episodes don’t we learn something/don’t we see? don’t we draw the line
all those Christians you see on tpf they are there not coz of anything..?they are there coz they are worshipers and the biggest influence-rs in gospel world and the devil have made sure they will never have the same impact they had… that’s my revelation..l we really need to be sensitive..to devils stratgs
we say its money…we say its talent..by the time you start singing secular music who are you praising?…where is God in this case? but we never see that? if I was to go train them to sing which kingdom will i be building?

How many pple will be saved today coz Billy Frank is in tpf?when i sing secular music on a station being watched EAST AFRICA how many pple will stand and worship with me? and how many pple will go astray coz they are looking up to me and without knowing am mentoring them? can we talk here can we be real Christians
Some pple say that’s how to reach the lost..

Chris adwar…so anointed,talented this guy has made a huge impacts in the gospel scene..huge impacts..till today we sing his own songs in churches in the world..R.Kay..he is my role model and to me the best audio gospel we have in east Africa..till to date he has the best vocal production..so anointed..i grew up admiring him and the talent in him…how many pple have he raised?so many..Jemima,Esther,Gymee gate,almost all the big names we have in Gospel industry..the list is endless…

My mum Hellen..i grew up listening to her?she is a role model to me..i adore her and she has a unique gifting in her life..we sing her songs till today in churches..Krucials…..am yet to see a pianist..this guy is multi talented..see great arranger..see what he did with mavuno worship team don’t we sing there songs today in church?the list is endless why are those talents and anointing now being used to build Babylon….why
at the end..

Daniel 3;1-30….i hope we wont be the same pple who after believing only few remained standing and the rest destroyed…
the church needs t wake up…we loosing all the worshipers God has anointed for our generation…if you look keenly they are only looking for those who have something more special in them not just anyone…but worshipers…worshipers…worshipers...”

The truth might hurt some but also it will encourage others. Which side are you on? 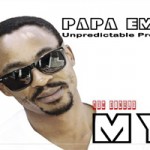 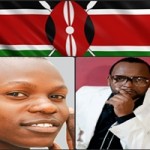