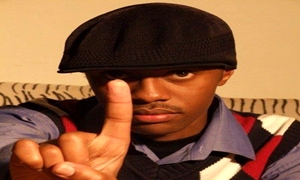 Gospel Artiste Charles Rigga who released his album a few months ago called Urban Prayers, is just one talented brother in Christ.  Our brother Rigga who sang the song Ibada Yangu featuring Chizi, has released his new video for his song Sina Chorus.

He puts the message as :

“What will I eat!? What will I wear? Where will I live? And how will I get there!?”
Many of us face these legitimate fears on a daily basis. Rigga doesn’t hide the fact that he doesn’t know what the future holds. But instead, he overtly directs his questions to the One who is responsible for holding his future.

Rigga uses Verses 1 and 2 to paint the picture of the prevailing circumstances. The grass often does look greener on the other side of the fence, which causes him to ask why he’s been forgotten. Like many of us, he has big aspirations and dreams which don’t seem to come to pass. He feels trapped in the mundane; stuck in a rut (“Nikishinda rat-race bado mi ni panya!”)

By Verse 3, he is reminded of all the things that he should be thankful for. He realizes that though he isn’t “living it large,” truthfully, his life isn’t all that bad (there are many who have it much harder!) It’s great to walk with a God who keeps his promises and provides all that you need to get you to your destination.