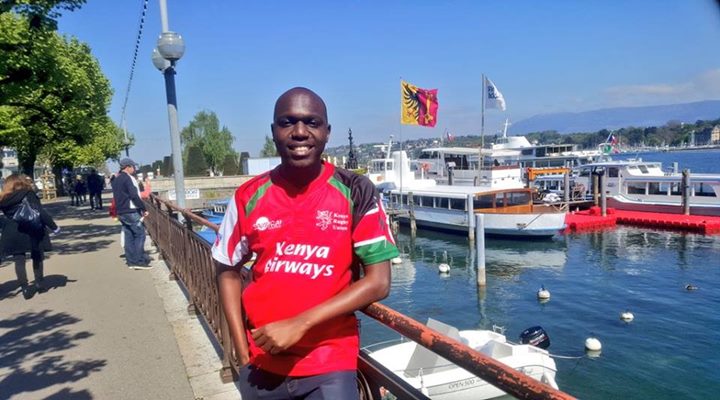 It is Christmas in all parts of the country now after the phenomenal performance by the Kenya National rugby sevens team in Singapore. Hundreds of Kenyans have today ,19th April, been at the JKIA and millions glued to their screens waiting anxiously for the arrival of the team that has made Kenya a talking point in the world.

Our great sevens team did us proud during the Singapore sevens after the beat the mighty Fiji sevens team by a margin of 30 tries to 7 .Kenya being considered as the underdogs caught many by surprise with the great display the  put from the onset of the series that had all the top teams in rugby sevens present.

Their win made many Kenyan feel proud of themselves and thereby making the government through  the ministry of sports and culture organised a great reception of the team at the Jomo Kenyatta International Airport.Many Kenyans anticipated that the team will jet in using the Kenya’s best airline , Kenyan Airways , but this was not to pass. The team jetted in at around 2:30 pm as  expected using the Qatar airlines plane something that did not go down well with many Kenyans.

Most took to the social media to share their frustrations on why they had to use  a foreign airline instead of our own. This online conversation caught the attention of renown Tv present Larry madowo who is currently in Switzerland . Larry felt that there was no basis of complaining as it is a norm for  the qatar airlines to carry rugby  players at no cost.

He shared a 30 seconds video clip on Facebook that did not go down well with many:

“Everybody criticizing Kenya airways for not flying them in , Qatar airways gives free tickets to teams that is why they flew them and they fly every team even the US team which is sponsored by Emirates. So if you are calling out the national airlines for not flying them in thinking you will get shares and look intelligent? you are not looking intelligent you are looking ignorant!! you do not have to comment on everything sit down okay!”

This statement aroused feeling on social media . Here is the public’s reactions to that:

Eric Wainaina : I think your the one who is not intelligent ! Qatar are smart and there PR team is on point, KQ could have take the Opportunity to fly in the Kenyan team because of two reasons ! 1. There are National Carrier and its a National team !
2. For PR and just because there are the official Sponsor
Why should KQ allow Qatar to take all the Glory and yet KQ worked for it ??? WHO IS THE FOOL NOW ????

Lenny Njagi: It’s a legit question that need answers. We care that much about our airline

Kombo Ray: We know that Larry, we’re over it already!