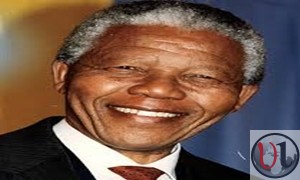 Most Kenyans know Nelson Mandela as the first  president of South Africa, a man who became a symbol of the anti-apartheid movement, and one who gave up nearly 30 years of his life in prison.

He remains a hero to South Africans as well as to the international community, and will continually represent the struggle for freedom. But it’s easy to forget that even legends are human.

Here are 10 things you probably didn’t know about Nelson Mandela.

Other accounts translate Rolihlalhla to mean “to pull a branch from a tree,” which, of course, is something only a troublemaker would do. It was his teacher, Miss Mdingane, who gave him the English name “Nelson,” much to the relief of journalists everywhere when he became famous.

2. Mandela was expelled from university after less than a year.

After finishing boarding school, Mandela headed to Fort Hare Missionary College. Less than 12 months later, he was expelled from college for helping to organize a strike against the white colonial rule of the institution. One might call this foreshadowing.

3. The United Nations decreed his birthday as Mandela Day.In 2009, the U.N. declared Mandela’s birthday, July 18, as Mandela Day to mark his contribution to world freedom. The holiday calls on individuals to donate 67 minutes to doing something for others, reflecting the 67 years that Mandela had been a part of the anti-apartheid movement.

4.  Mandela is often referred to as Madiba, his Xhosa clan name

Mandela is a member of the Thembu, a Xhosa clan, and is often referred to by his clan name, Madiba. It is a sign of the incredible diversity of people and languages in South Africa. The country has 11 different official languages.

5. Mandela’s father had four wives, and Nelson is one of 13 children.

Mandela’s father, a local chief and councellor to the Thembu king, died from tuberculosis when his son was 9. Before that, he fathered 13 children by four wives, four boys and nine  girls. After his father’s death, Mandela was put under the guardianship of Jongintaba, the Thembu regent.

6. Mandela has received more than 250 awards for his accomplishments.

Among these awards is the shared 1993 Nobel Peace Prize with F.W. de Klerk, the last president of the apartheid government of South Africa (he too is widely credited as an instrumental force in ending apartheid). Additionally, Mandela has received more than 50 honorary degrees from international universities worldwide, became the first honorary Canadian citizen in 2001, and received the last Lenin Peace Prize from the Soviet Union.

7. Stevie Wonder dedicated his 1985 Oscar for “I Just Called to Say I Love You” to Mandela.

After Stevie accepted his award in honor of Nelson Mandela, the government-owned South African Broadcasting Corporation banned Stevie’s music from the airways. It wasn’t until Mandela was elected in 1994 that Stevie was finally allowed back in South Africa.

Mandela had six children, but tragically lost his two oldest sons. Thembi died in a car crash at age 25. Mandela was in prison at the time of the death and was unable to attend the funeral. Another son died of AIDS in 2005 at age 54. While Mandela’s administration was criticized for not doing enough to fight the AIDS epidemic in South Africa, he established the Nelson Mandela Foundation in 1999 following his retirement to help fight the spread of AIDS.

When his guardian tried to arrange a marriage, Mandela ran away from home in 1941 and headed to Johannesburg. He began to work as a night watchman at Crown Mines, but was fired after it was discovered that he was the Thembu regent’s runaway.

10. Mandela spent his first night after being freed from prison in Archbishop Emeritus Desmond Tutu’s home.

Tutu had his helpers prepare his own favorite meal of chicken curry, rice and green salad, followed by rum raisin ice cream and custard.

At least now you have learnt little bit of something about Nelson Mandela.