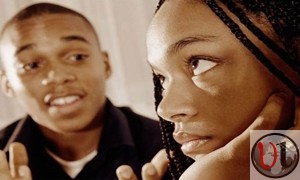 While every woman is looking for something different in a man, there are certain types of men that women go out of their way to avoid. And this is especially true during the early stages of a relationship, when a woman is trying to gauge a man’s personality. Below are eight types of guys that women consistently stay away from.

1. The Financially Irresponsible Guy A huge red flag is a financially irresponsible man with bad credit who’s constantly buying things he does not need, overdrawing his bank account(s) and maxing out credit cards. Most women don’t want to deal with a guy who can’t seem to rustle up enough money for a latte, pay their bills on time, or spend his money wisely.

2. The Man-Child
This guy is clinging to his glory days when life was less complicated and responsibility was minimal. He’s obsessed with video games, frequently attends keg parties and considers Pizza Rolls one of the major food groups. These men are the ones who can’t keep a job, blame everyone else for their laziness, and are constantly outraged that the world is not giving them respect.

3. The Narcissistic Guy
One type of attitude guys have that women avoid is being too narcissistic and self-contained. Most women feel that this type of guy is obsessed with himself and would rather spend his time toning his muscles and looking good than on a date with them.

4. The Needy Guy
Ladies are not attracted to the type of man who needs too much support, validation, and constant reinforcement. The moment a man becomes too insecure and dependent in a relationship, a woman will run for the hills.

5. The Wandering-Eye Guy
This type of man can be the most aggravating for women to deal with because he’s constantly looking at every female but the one he’s with. He makes inappropriate comments/gestures about women , making the woman he’s with feel inferior and unattractive.

6. The Predictable Guy
Ladies don’t like the routine driven guy who does not like change, lacks spontaneity, and is predictable in all areas of his life from how he will react to situations, decisions he will make, the sex he will have, and the dates he will go on.

7. The Liar
This guy fabricates stories about pretty much anything in hopes of winning a woman instead of just being honest about his life . While the little white lies about past conquests, jobs, exes, qualifications, and experiences may seem harmless, most women don’t want to deal with a guy who can’t or won’t tell the truth.

8. The Desperate Guy
The desperate man may have a strong want and desire to have a relationship; however, due to having little experience in  dating department, his behaviors can indicate low-self esteem and a host of other issues that turn women off .