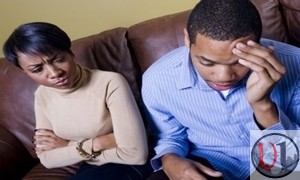 when dating at times it reaches a point where you feel like you are dating the wrong person or you all over lose interest in your woman. I think Men do not always go into a relationship with a judgmental mind having said that there are  some women who at times appear to be annoying or boring that makes a man think twice about the relationship. Here are 8 types of women that men at times avoid dating.

This type of woman will seem fantastic at first, until she starts talking about your wedding location, how many kids she wants and the name of your future dog–right after the first date! When a woman advances WAY faster than normal, watch out. She NEEDS a man so bad that she’s willing to put anybody in that slot.

This woman never stops talking and would often want to jump in conversations that might not be involving her. She also loves talking a lot about what is happening in her life.

Anything you do for this type of woman is simply not good enough. Nothing seems to work unless it is done according to her standards. Anything that is said by anyone will be quickly taken out of context to become some sort of insult or some reason to wage war against the world.

If this type of woman breaks a nail, she expects you to drop everything you’re doing to drive her to the salon immediately. Her daddy always told her she was a princess and she expects to be treated like one at all times. She has expensive taste and expects you to shower her with only the best things and take her out to posh places on a regular basis.

This woman  can’t go anywhere or do anything without the company of her man. She’ll adopt your interests, calls 20 times a day and fly off the handle anytime she’s not around to monitor your behavior. This type of woman will smother any chance of you missing her by insisting that you spend every waking moment with her, refusing to let you go out with the boys or spend any significant amount of time with anyone else.

This type of woman will be at all times giving you compliments according to what you posses. She would want to know if at all you posses a Car, an apartment, a shop or if at all you have a big post at your work place. She puts more emphasis on you that she forgets the relationship is for both for  you.

This woman spend most of her time in clubs drinking like the it her last day on earth. Men find these women not to posses the qualities of a good wife since they would want to put first their priority of drinking and not the family.

This type of woman can never be pleased by a man and she believes that men are the cause of all the pains and suffering of society. It is her strong belief that women are much more intelligent than men and are capable of doing things “the right way”. You don’t want to waste any time with this type of woman because anything that you do will always be negative to her. 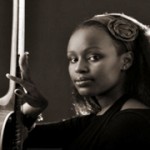