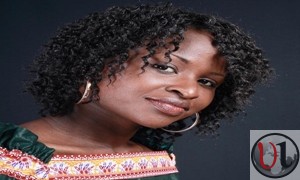 Gospel singer Mercy Masika and a mentor has been nominated for Global rock star for her song Emmanuel. Emmanuel ( GOD with Us) was her latest single  which she released in late 2012 which got her a nomination on Groove Awards 2013. Now she has been nominated for Global Rockstar 2013.

Global Finals of GLOBAL ROCKSTAR 2013 presented by AKG have started and 73 national winners from all continents made it to the Finals.

For the first time in history, an online music contest with such musical and cultural diversity is conducted!

They are proud to bring together 73 amazing artists from 73 different countries of all continents in the Global Finals.

Decide who advances to the next round, you’re the Jury!

Here are the national winners and therefore finalists of GLOBAL ROCKSTAR 2013 ordered by continents:

TO VOTE FOR EMANUEL BY MERCY MASIKA CLICK HERE >> http://www.global-rockstar.com